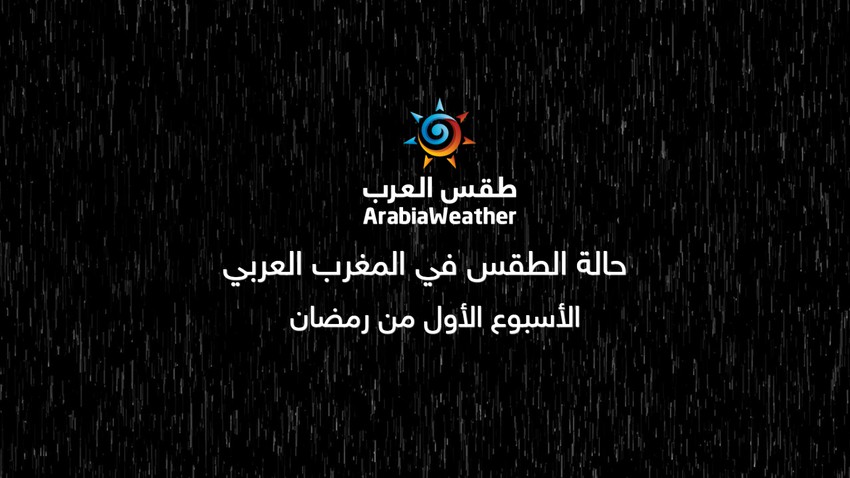 Arab Weather - Many regions of the Maghreb continue to be affected by a state of atmospheric instability accompanied by heavy thunderstorms in the northern regions.

Rain concentrated in the northern regions

Large parts of northern Algeria, Tunisia and Morocco are increasingly affected by unstable weather conditions resulting from the deepening of a desert depression over the Algerian Sahara as a result of the rush of a cold air mass towards the region, and at the same time the southern and central regions witness a hot and dusty atmosphere. And the proliferation of cumulonimbus thunderstorms in many areas and the formation of torrents.

An additional drop in temperatures

Projections indicate that the cold air mass accompanying the air system is working on an additional decrease in temperatures in the north of Tunisia, Algeria and Morocco, including the capitals of those countries, while a hot air mass is pushed from the African Sahara to directly affect Libya, where the temperatures rise significantly. And be forty years in general in the capital, Tripoli.

Dusty atmosphere in large areas of the Maghreb