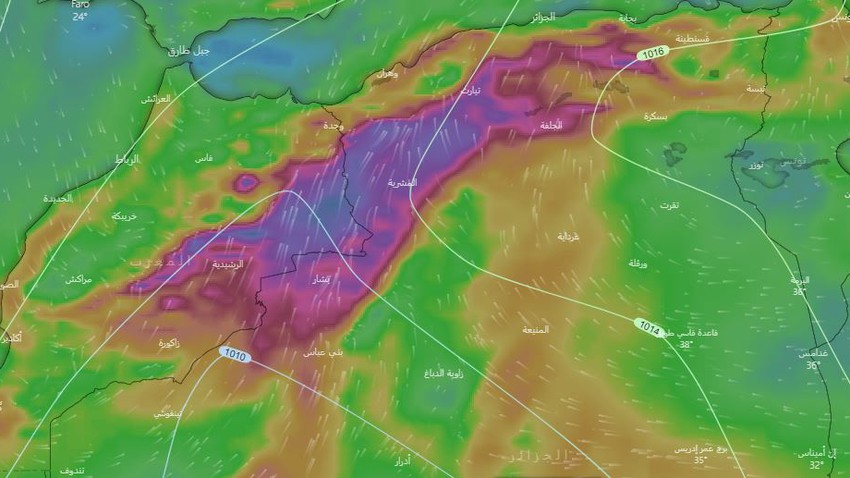 Weather of the Arabs - During the current week, the weather systems are represented by the control of the upper air altitude over the atmosphere of northwest Africa, which ensures that temperatures continue to be higher than their rates in all regions of the Maghreb, provided that temperatures tend to decrease gradually in Morocco during the second half of the week at will. God, and here are the details:

Weather fluctuations during the second half of the week

In details, temperatures continue to be higher than their usual rates for this time of the year in Tunisia and Algeria throughout the week, with a tendency to decrease in Morocco from Tuesday to become below their normal rates, and northern Morocco is affected by Atlantic currents from Monday night / Tuesday Unstable weather conditions will prevail in many areas, especially the northern ones, with the opportunity for rain showers that are sometimes heavy. 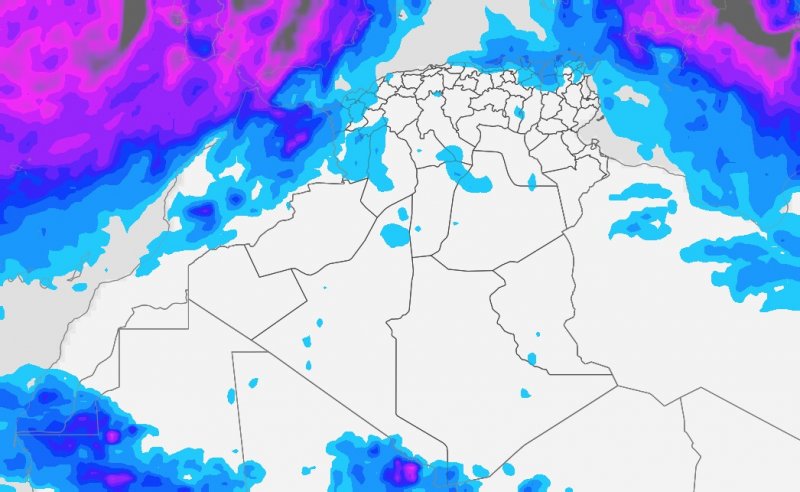 It is also expected that parts of the interior of Algeria and northern Tunisia will be affected by the same air currents by the end of the week, to create the opportunity for local showers of rain, which will be heavy in some geographical areas, which may lead to the flow of valleys in some areas.

A heavy dust wave sweeps the northern parts of Algeria

The weather forecast section in Arab weather follows the distributions of atmospheric pressure and its difference between the north and south of Algeria and the depth of the desert depression located in the desert of Algeria, as active south to southwest winds rush to strong speed, emanating from the western parts on Monday, raising dust there and may work On the formation of local sandstorms, they will move towards parts of the northern interior of Algeria and parts of northeastern Morocco, as of Tuesday, and wind gusts are expected to reach 90 km/h, and these winds are considered capable of forming broad dust waves accompanied by a significant decrease in the range of visibility. Horizontal and perhaps lack of it in some areas. 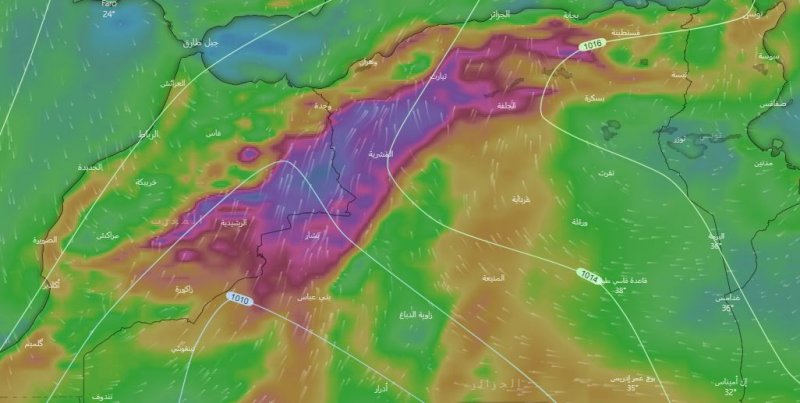 Regarding these expectations and what they will have a direct impact on public life, it is worth alerting road users in general and desert roads in particular about the low range of horizontal visibility and sometimes its absence, and it is also worth alerting patients with respiratory system, corona and eyes to the need to follow the necessary preventive measures to deal with such weather conditions, We ask God's safety for all.

Algeria | After a wave of strong rain.. Considerable rain is expected in many areas during the next 48 hours