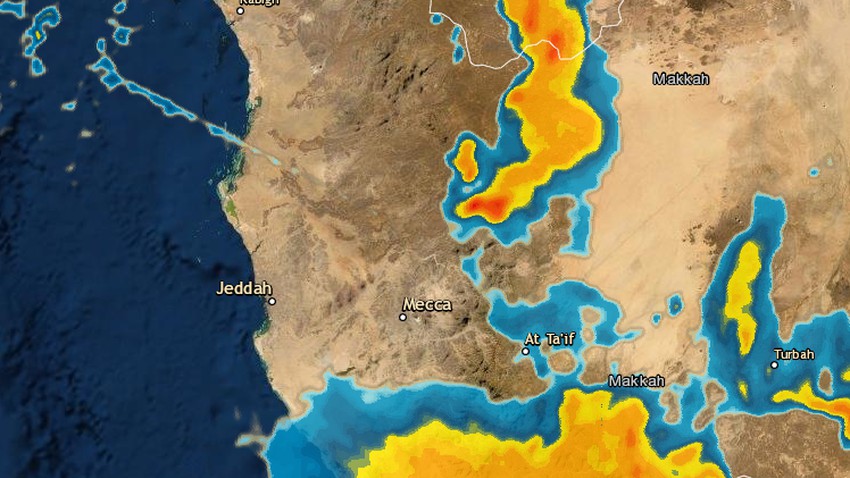 Arab Weather - Sinan Khalaf - The latest rain radar images that we have received in Arab weather show the movement of quantities of thunderstorms towards Mecca, coming from the north and north-east, and it is expected that it will rain in Makkah Al-Mukarramah during the coming hours. 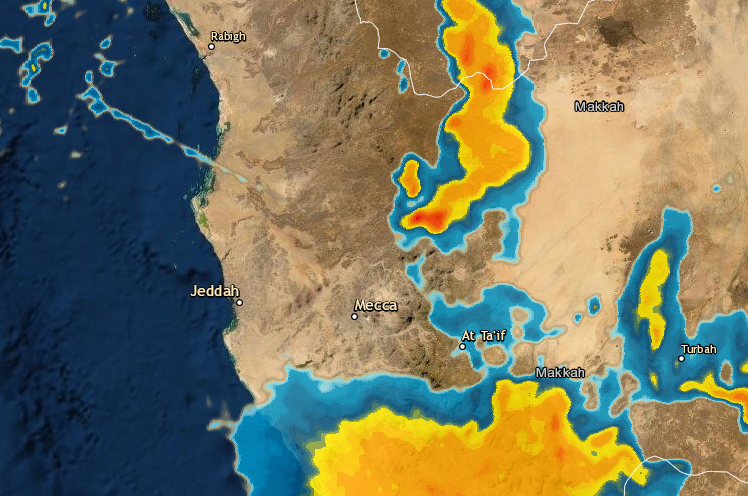