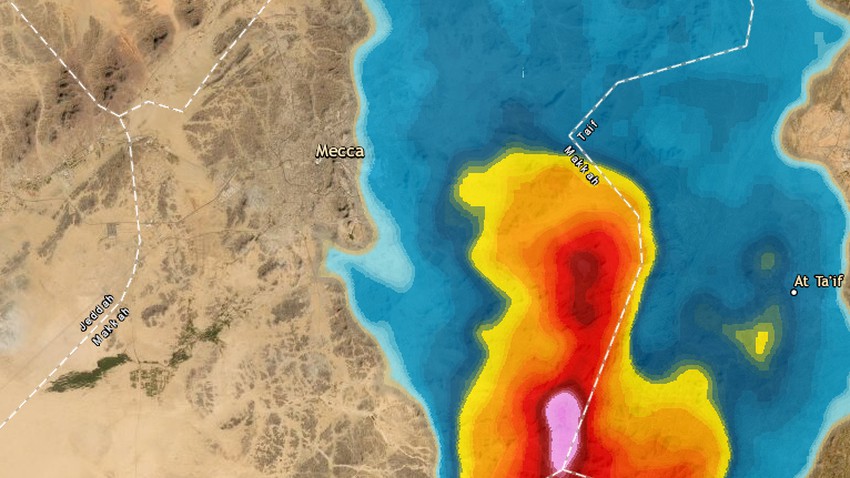 Arab Weather - Sinan Khalaf - The latest rain radar images that we have received in Arab weather show the movement of quantities of thunderstorms towards Mecca, coming from the east and the southeast, and it is likely that it will rain in Makkah Al-Mukarramah during the coming hours.