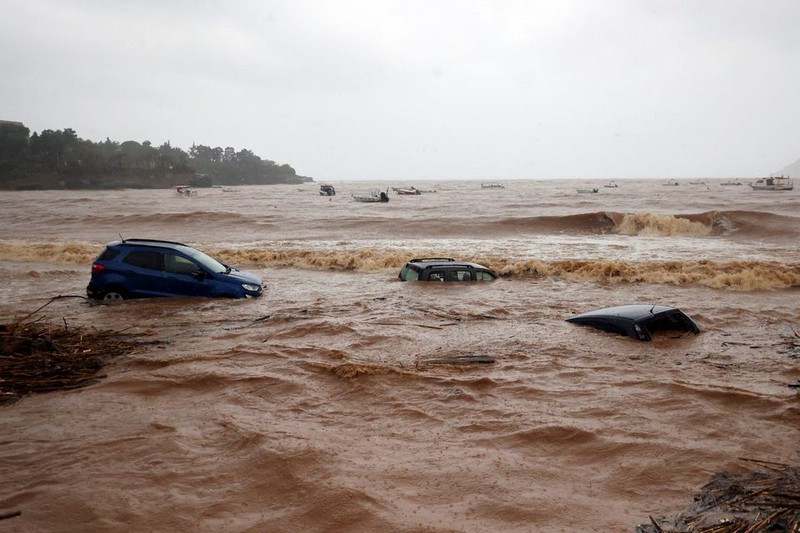 Weather of Arabia - Greek authorities said that a man was killed and two people were missing on Saturday after heavy rains caused severe flooding on the Greek island of Crete, a popular holiday destination.

The man died while trapped inside his car, which was swept away by flash floods, causing extensive damage to coastal villages, where streets were turned into raging rivers carrying everything in their path.

The Civil Defense Department said it urged and asked all citizens to exercise caution in Crete and the surrounding islands of Rhodes, Karpathos, Kastellorizo and Kasos.

A fire brigade official said the fire brigade received hundreds of calls to take people to safety or pump water from flooded buildings on the island.

According to experts in Arab weather, this heavy rain was caused by the first depression in the Mediterranean basin for this season, as the central Mediterranean regions, including the island of Crete earlier in the weekend, witnessed direct effects of this depression and was accompanied by thunderstorms. Variation in intensity.

On the other hand, most scientists agree that human-caused climate change is amplifying weather phenomena, including floods, heat waves, and droughts, as extreme events are becoming more frequent and more intense.