May 2020 - the month of unusual weather events 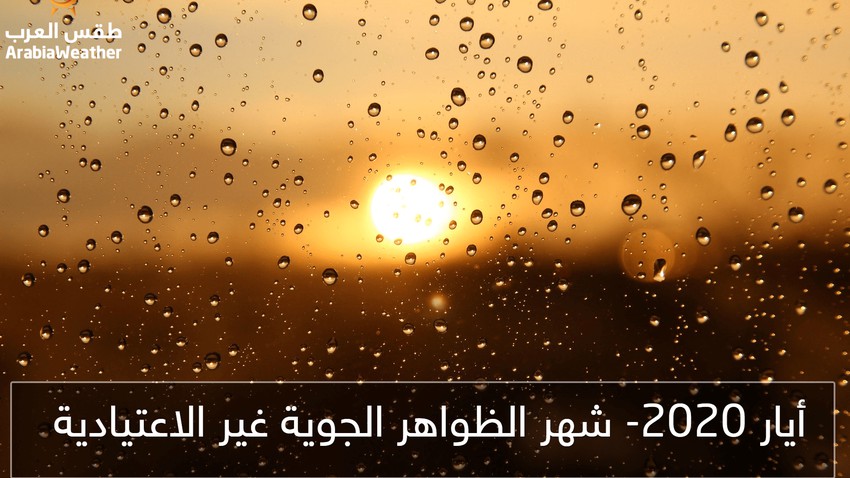 Weather of Arabia - Wadad Al - Saudi - The weather in May 2020 was characterized by many different weather phenomena that were unique for such a time in the world. Besides the large temperature variation, the month was marked by the formation of unusual and rare depressions of air for this time of the year. And a heat wave was one of the longest in the history of climate records for the Kingdom.

The heat wave affected Jordan during the period from 11-22 May 2020, accompanied by a significant and significant increase in temperature, as it was about 10-12 ° C higher than its rates during this period of the year, and affected simultaneously with the last days of Ramadan.

Significant variation in temperature in May 2020

May 2020 was also marked by a great variation in temperature from start to finish, starting with lower temperatures around their rates; Because of the effect of an unusual air depression for this time of year, it was classified as a third degree according to the Arab weather classification for the severity of the depressions, accompanied by a cold air front, causing temperatures to drop significantly, as the maximum recorded 19.6 ° C.

Between its beginning and its end, which was characterized by temperatures below its rates, the Kingdom was affected by a heat wave from May 11-22, during which the Ghor Al-Safi region recorded the second highest temperature in the world , according to global monitoring stations, reaching 46.7.

Rare "winter" depressions during May 2020

During the month of May, the Kingdom was affected, unusually, by "winter" depressions, whether in its first or last days. The first was low on May 5-6, then low on May 9 and ended with a low of May 24, 2020.