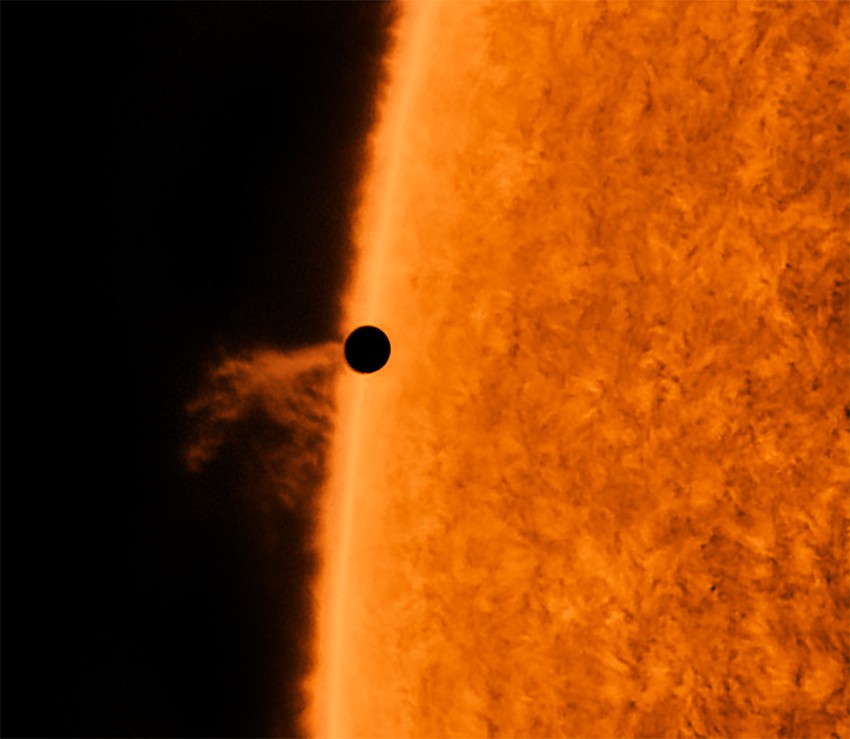 Mercury crosses in front of the sun ... How do we monitor it? Will it affect the Earth?

Weather Arabs - is crossing the planet Mercury in front of the sun disk on Monday, an event is an important astronomical waiting for him a lot of specialists and amateur astronomers in the world, line up the planet with the planet Mercury and the sun on the integrity of one.

How do we observe the transit of Mercury in front of the sun disk?

The size of Mercury will appear at transit and its distance is very small, not visible to the naked eye, so the observer of this important astronomical event needs telescopes or binoculars to observe it.

Note that the sun disk should not be seen with the naked eye, and should use safe means, such as: the development of solar filters to protect the eye from damage.

Mercury in front of the sun on November 11 ... and one last chance to see the rare celestial event before 2032

Does the transit of Mercury affect the planet?

The professor of climate in the Department of Geography at the University of Qassim and the founder and Chairman of the Committee on the designation of climatic conditions, Dr. Abdullah Al-Misnad through his Twitter account, that the phenomenon of the transit of the planet Attar in front of the sun disk has no impact on the planet, and will not affect the Earth's climate, or tectonic plates They cause earthquakes, and will not cause darkness, as happens in a solar eclipse.

When will the date and start of the first days of the month of Ramadan be 120-1441 astronomer in all Arab countries?