Meteorology reveals the amounts of falling rain in the recent depression 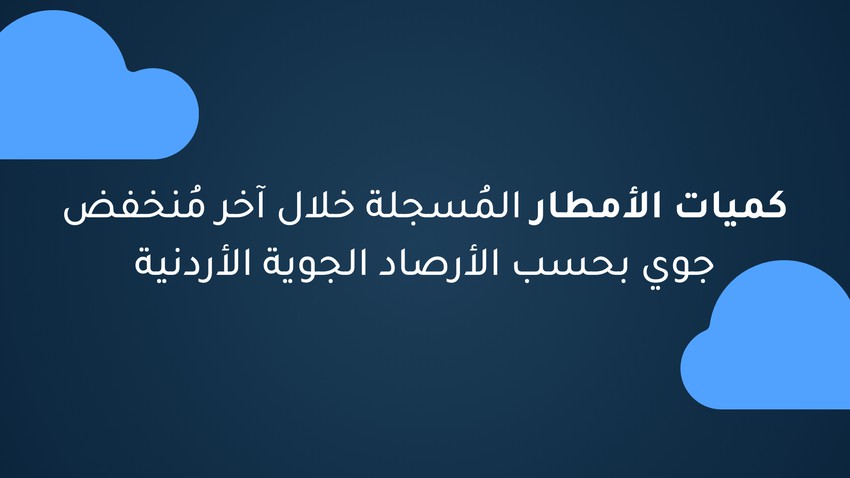 Weather of Arabia - The Kingdom of Jordan was affected during the afternoon and evening on Tuesday and until Wednesday by an air depression classified third degree according to the scale of the Arab weather for the severity of the depressions, and as a result, medium and heavy rains fell in various regions of the Kingdom, especially in the north and center of the Kingdom, while the southern highlands were affected by snowfall At intervals during the day on Wednesday, which affected the heights of the capital, Amman, and Balqa in a weaker way.

The following is a report of the quantities of rain released from the Jordanian meteorology during the period of the impact of the last depression:

The quantities of recorded rain from Wednesday morning until Thursday morning: