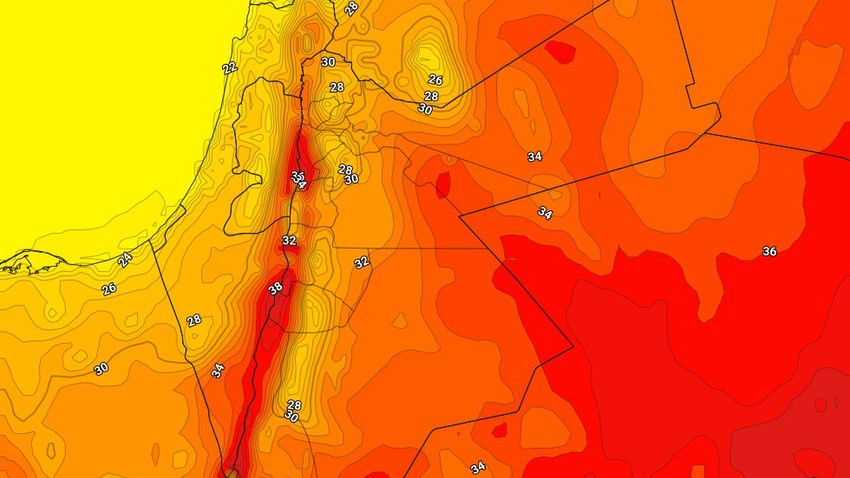 Arab Weather - The daytime temperatures remain on Monday in Jordan around to slightly higher than their rates for such a time of the year, and the spring weather continues to be warm in all regions, and relatively hot in the Jordan Valley, the Dead Sea and Aqaba, and some high clouds appear in parts of the Kingdom, and the winds are volatile The direction is light to moderate in speed in the first part of the day, it turns to west / northwest at moderate speed and is accompanied by active gusts that raise dirt and dust in the desert areas during the afternoon and afternoon hours.

Night temperatures return to a decline again on the night of Monday / Tuesday, and the weather is pleasant in the hours of the first part of the night, tends to be cold in many parts in the late evening and dawn hours.

Humidity levels are also significantly higher in the north of the kingdom, with an opportunity to form fog in the after-midnight hours in the northern plains, specifically the Horan Plain.

The winds will be light westerly to northwesterly to moderate speed, and they will occasionally be active in some areas.