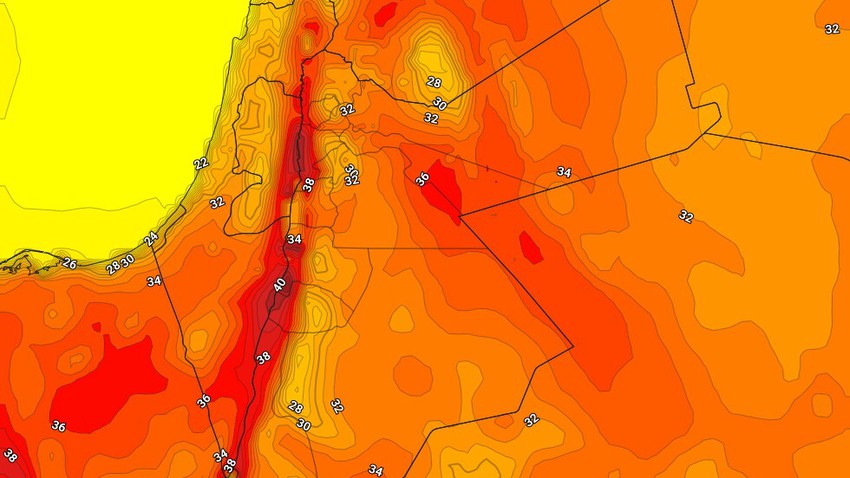 Arab Weather - There is a rise in temperatures on Monday to become higher than their normal rates for this time of the year by about 5-8 degrees Celsius, and the weather is generally relatively hot, and hot to very hot in the valleys, the Dead Sea and Aqaba, with the emergence of clouds at medium heights And high, and the winds will be westerly to northwesterly moderate, and they are active sometimes in the afternoon and afternoon hours, and raise dust in desert and open areas.

Fair at night that turns pleasant after midnight

The night temperatures are slightly higher compared to the previous nights, and the weather is moderate during the hours of the first part of the night, and it turns into pleasant after midnight and during the pre-dawn period.

The winds will be westerly to northwesterly, light to moderate in speed, and may be active at times in some southern regions and the eastern desert.

Jordan | Temperatures continue to rise, and weather is relatively hot in most areas on Friday