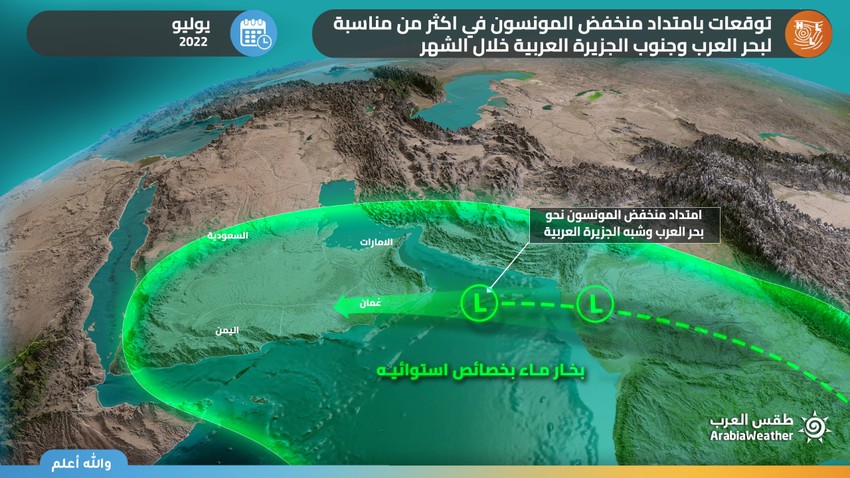 Arab Weather - The long-range weather forecast team at the Arab Weather Center issued the weather forecast for the month of July 2022 in the Arabian Peninsula, which was titled "Higher than average summer rain on the southern sector of the Arabian Peninsula and a warning of torrential rains in some areas." It was reported in this monthly newsletter.