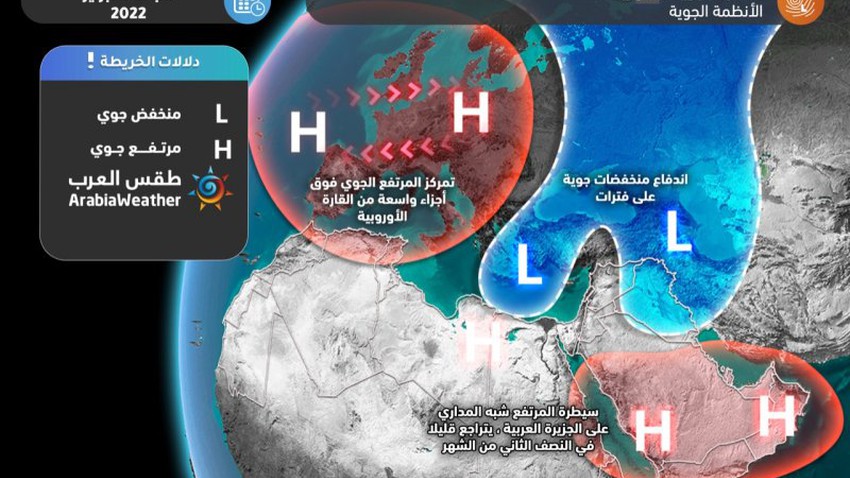 Monthly weather forecast for the Kingdom of Saudi Arabia

Saudi Arabia | February 2022: The weather is cooler than usual in large parts of the Kingdom and chances of rain improve in some areas during the second half of the month 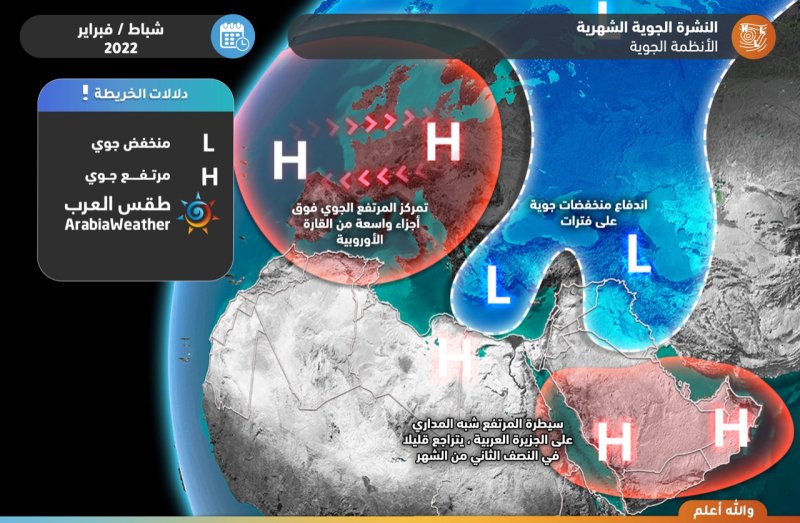 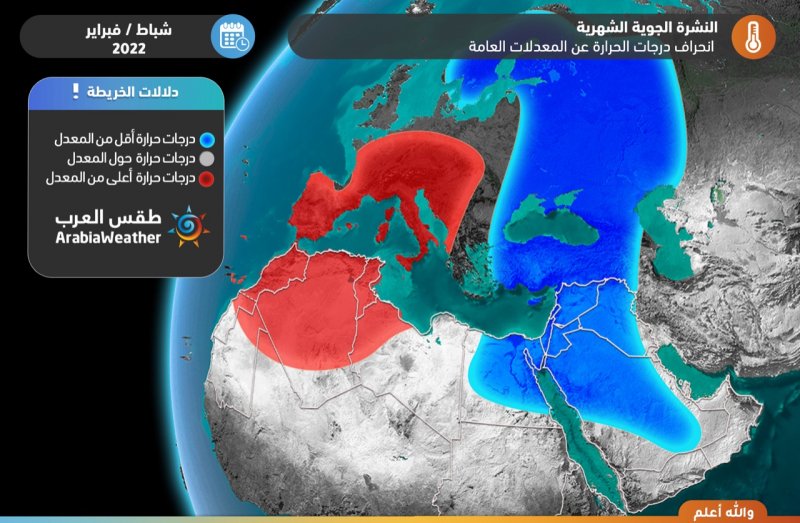 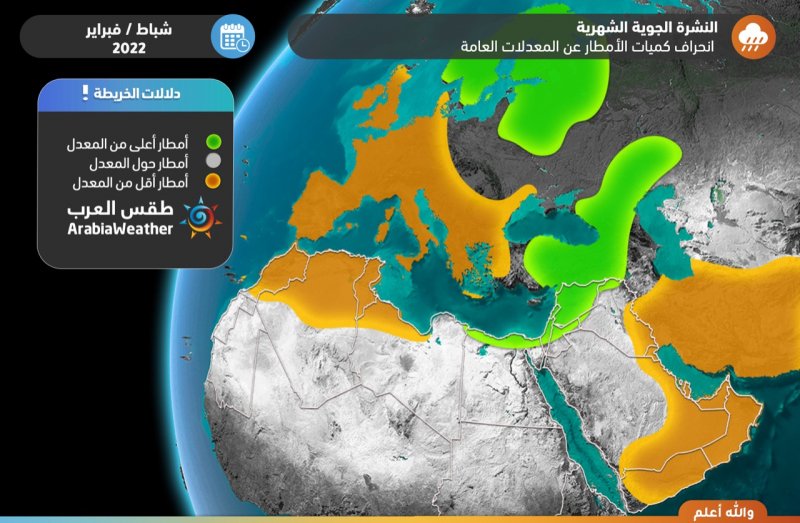 Special weather for each week

The subtropical air rise continues to dominate the atmosphere of the Arabian Peninsula, so that a completely stable atmosphere prevails in most regions, with chances of scattered showers of rain in parts of northern Saudi Arabia on the fifth day of the period after a cold air mass approaches from the eastern Mediterranean, amid remarkable activity Northwest winds over large parts of the north, center and west of the Kingdom raise dust and dust.

The air rise continues to dominate the Kingdom’s atmosphere, with weak rainy conditions in all regions, and the opportunity continues for some sporadic showers of rain in parts of the north and southwest of the Kingdom, amid an additional drop in temperatures in most regions, especially the northern and central, and chances of dust increase in Many areas as a result of the approach of cold and sometimes very cold air masses and the large thermal differences that occur and affect the atmospheric pressure values, which contribute to the formation of some dust waves.

These conditions are often accompanied by a good distribution of cold air masses in eastern Europe, to have the largest share of air masses rushing from the North Pole. It is expected, God willing, that the upper air altitude will continue to dominate large parts of the European continent, supported by the surface construction of the Azorean air rise, according to what computer modeling of atmospheric simulation senses. It is an important part of the European continent represented by its western, central and southern regions, and some computer modeling has even predicted that the air mass will be concentrated throughout the days of the month in the west of the European continent. Turkey in the south and the Balkan countries in the west are the main feeder after God’s will for the formation of winter depressions in Haw Eastern z of the Mediterranean, Egypt and northern Arabia.

The shape of the prevailing weather patterns in the winter season in the northern hemisphere is directly affected by the behavior of the so-called polar vortex, from which the winter depressions are branched. This is also evident from the expansion of the ice cover in important areas of the Arctic, unlike last year, when we were affected by the consequences of the weakening of the polar vortex and its unusual negative impact on most of the Arab world.

As for the Arabian Peninsula, it is still experiencing both conditions as a result of the interruption of weather activities after a generally weak marking, so that the La Nina phenomenon still afflicts the tropical region of the Pacific Ocean, which indirectly affects the heat exchange processes between Hadley cell and Ferrell cell, i.e. between the tropical zone (0 latitude 0 to 30 north), and a noticeable intensification of the semi-tropical air rise, which also extends its control over these areas, and these areas are also affected by direct consequences of the inactivity of the so-called Madden and Julian (MJO) amid weakness in the humid tropical response from the Arabian Sea.

As a summary, it has become a certainty, that with the deepening of the air mass in the European continent, and that it will expand in the north to reach the Scandinavian countries in some periods, forcing the continued influx of cold air masses towards the region at different angles, the arrival of this air mass would impose on the Levant region Significant drop in temperatures for most of the month, with the occurrence of large-scale waves of frost and ice in some periods. As for snow, the arrival of these air masses to the region requires more complex weather systems to cause large-scale snowfalls, which can be sensed at close intervals, God willing.