Mood swings during fasting ... their causes and treatments 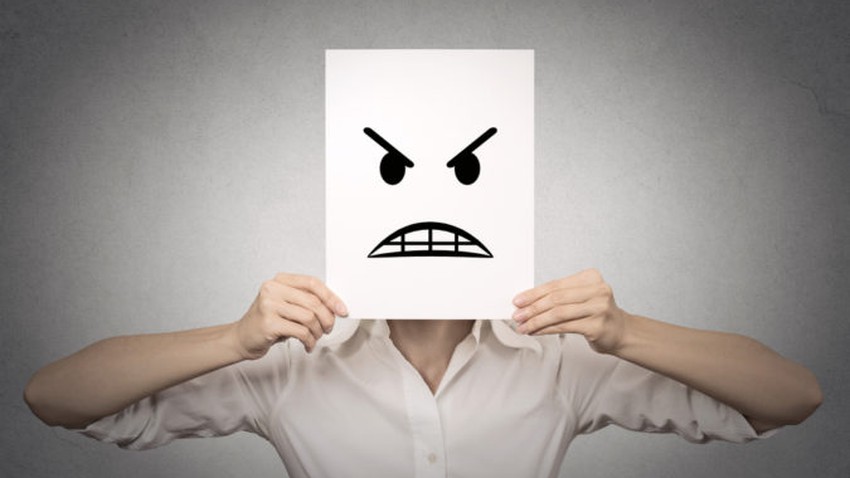 Arab Weather - they say: “A hungry man is an angry man.” So people associate hunger with feelings of anger in a typical way, and with the advent of the blessed month of Ramadan , some suffer from the inability to control their emotions, anger and mood swings during the day in Ramadan ,
Hunger drives them to behave more emotionally and angry than they do on a normal day.

This occurs mainly due to changes in the system pattern of food in Ramadan, changing hours of sleep, not because of fasting itself, Vlchiam many benefits, says scholar Ibn values of God 's mercy: fasting wondrous effect that preserves the external human predators, and preserves the internal strength, it keeps the heart And all prey, and he returns them as the day they were born.

Statistics have indicated an increase in the rate of road accidents immediately before breakfast due to emotion while driving the car, and doctors and nutritionists say that what a fasting person eats during breakfast and the pre-dawn meal plays an important role in the person’s mood swings, and to reduce these mood swings and nervousness, it is necessary to know their causes and ways to reduce Of their severity.

Causes of mood swings during fasting

For some, the biggest challenge in Ramadan is their ability to exercise self-control and maintain their calm and composure.
Throughout the period of fasting, most of their ability to abstain from food and drink, especially in the first days of Ramadan when not
The body becomes accustomed to the fasting pattern.

After several hours of fasting, the body releases a number of chemicals to protect itself from the negative effects associated with abstaining from eating for a period of time, and these chemicals cause a feeling of hunger and anger associated with delaying meals, so the body undergoes a number of physiological changes during fasting that cause mood swings. These operations are as follows:

1. Addiction to drinking caffeinated beverages such as: tea, coffee and soft drinks, which makes the fasting person feel mood swings, low energy productivity, anger and irritability due to the low level of caffeine in his body.

2. Not getting enough sleep, staying up for long hours and replacing sleep during daylight hours, which causes an imbalance in the body’s biological clock.

3. Feeling of some physical symptoms that increase with fasting, such as: stomach acidity and indigestion
And her disorders, headache, lethargy, and low energy.

5. Autophagy, as fasting helps the body get rid of waste and damaged cells, which enhances the secretion of brain-derived neurotrophic factor (BDNF), a protein that increases during fasting, and this protein interacts with many neurons in parts of the brain that are associated with memory and learning And perception.

6. Increase of ketones, as this chemical is used to protect the brain from the lack of glucose resulting from fasting, which causes an increase in the secretion of ketones, and this causes some mood changes, especially at the beginning of the fasting days.

The positive aspect that has been proven by studies and experiments is that negative psychological effects appear in the first days of fasting, then soon the body gets used to this pattern of eating, so things start to improve, and there are five psychological improvements, which are:

 Improved sleep, as research found that fasting after eight days significantly improved participants' sleep, compared to that
They sleep before fasting.
Get rid of depression and anxiety, as it was found that when the body gets used to fasting, the symptoms of anxiety decrease, especially since
Fasting raises BDNF, and lower levels of BDNF have been associated with higher depression symptoms.
Higher levels of BDNF are associated with fewer depressive symptoms.
 After a period of fasting, an increase in BDNF leads to a decrease in inflammatory cytokines and an increase in proteins
Nerve protection.
Increased mood improvement during fasting
 Regulate sleeping hours to ensure you get enough rest during the night, and not sleep for long periods
In the daytime, especially the afternoon period.
Eat foods that give a sense of calm, such as: strawberries, dark chocolate, and some drinks
Such as: chamomile and anise soaked.
Eat foods that contain complex carbohydrates and whole grains such as: oats and brown rice.
Raw foods have fiber, such as fruits and leafy vegetables, and these foods contribute to the body's supply
Reducing sugars slowly, which keeps hormones stable in the blood.
 Cut back as much as possible of foods that contain refined sugars, such as: sugary drinks
And white bread, pizza and cakes.
Drink enough water between suhoor and breakfast, because dehydration causes mood and feeling fluctuations
It causes frustration and causes headaches that have a negative impact on mood.
 Avoid foods that cause stomach acidity, such as: fried foods, spicy and others, because stomach acidity
It also causes mood swings.
 Do some exercise that rid the body of negative energy and increase its activity and excretion
Hormones that improve mood.
 Eat foods rich in Vitamin B for their ability to maintain a healthy nervous system and prevent stress
Such as: dates and sweet potatoes.
 Eat foods rich in potassium for their ability to reduce stress and tension, such as: bananas and yogurt
And red beans.
 Eat foods rich in folic acid, such as: spinach and strawberries, for the ability of folic acid to enhance feelings
Happy.
Eat foods rich in magnesium and uridine, such as beetroot and dark chocolate, for their ability to fight
Depression.