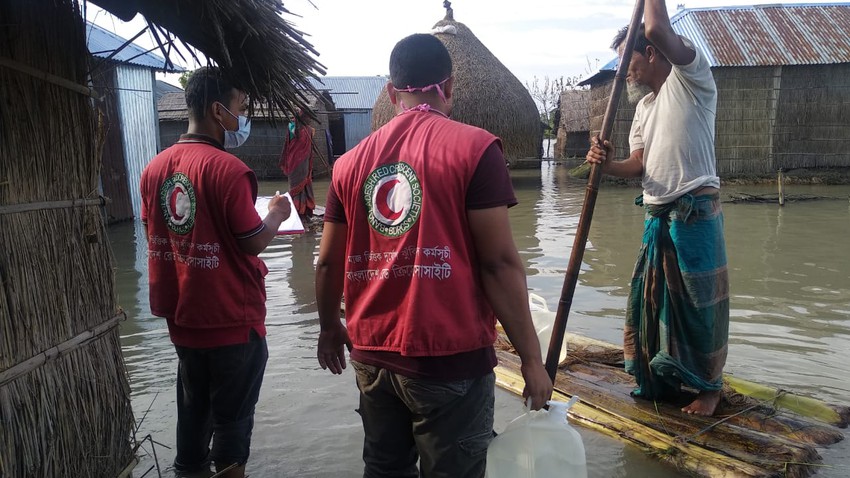 Arab Weather - The International Federation of Red Crescent and Red Cross Societies announced during a press conference last Wednesday, that at least 51.6 million people around the world have been negatively affected by disasters caused by climate change, such as floods, storms and forest fires.

He stated that 92 severe climate phenomena out of 132 have occurred since the beginning of this year 2020, noting that 51.6 million people around the world were negatively affected at the same time from climate-based disasters and the Corona epidemic.

He indicated that 2.3 million people were affected by forest fires, and 437.1 million others were exposed to severe heat waves, according to the Federation website "IFRC"

The United Nations and Britain announced Wednesday that on December 12 they will organize an international climate summit, on the fifth anniversary of the Paris Climate Agreement.

The international organization said in a statement that the summit will be organized by United Nations Secretary-General António Guterres and British Prime Minister Boris Johnson and "the world's most ambitious climate leaders" will participate in it, without saying whether this event will take place via video or whether leaders will participate in it in attendance. .

The countries participating in the summit will have to present their updated climate plans in preparation for the main United Nations climate conference (COP-26), which was supposed to be held this year in Glasgow but was postponed due to the Covid-19 pandemic to November 2021.

According to the Paris climate agreement, each country must set its own goals to reduce greenhouse gas emissions, but these goals are currently insufficient to achieve the desired goal, which is that the surface temperature rise compared to what it was at the end of the nineteenth century must not exceed 1.5 degrees Celsius. Countries should review these targets up regularly.

"We are in the midst of a climate emergency, and we have no time to waste," Guterres said in the statement.

A rare case.. The first death of a woman who was infected with two mutated versions of Corona was recorded at the same time