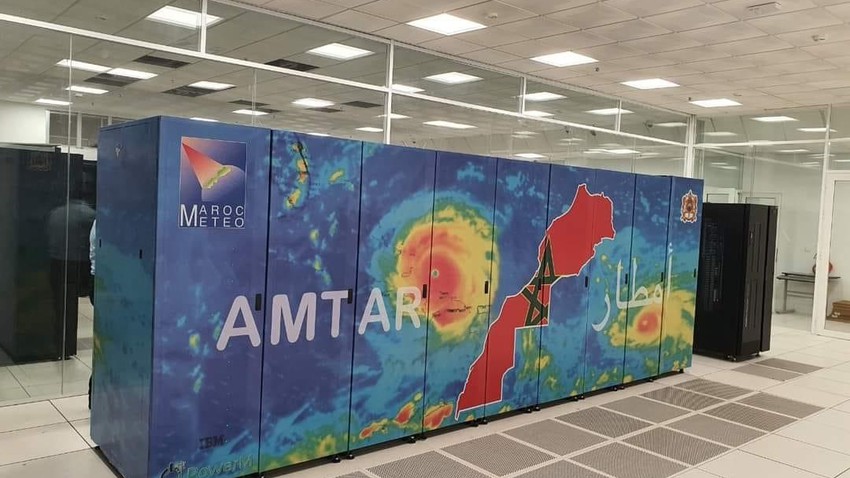 Arab Weather - After testing and transferring applications and monitoring data that extended since last April, the Moroccan Meteorological Authority will start next week the operation of the "rain" supercomputer, which is the name given to it by the Ministry of Equipment, Transport, Logistics and Water.

This supercomputer operates with a computing power of one million billion operations per second, more than 100 times faster than the current computer. It also has a central memory of 384 GB and storage units of 520 TB, making it the most powerful supercomputer at the level of African Meteorological Centers.

This computational power will allow to improve the spatial accuracy of numerical models of observational forecasts up to 1.5 km, which will gradually enable the Moroccan Meteorological Directorate to issue automatic warnings of severe observing phenomena such as heavy rain, violent thunderstorms, heat waves or hail, at the municipality level rather than the region as is the case right Now.

It will also allow for the first time to run new models to produce "mass predictions or probabilistic predictions" and to develop multiple scenarios with their probability of occurrence as well as uncertainties or differences.

This computer will also make it possible to run high-resolution climate models to study climate changes in the country and provide more accurate information about their effects on various economic and social activities.