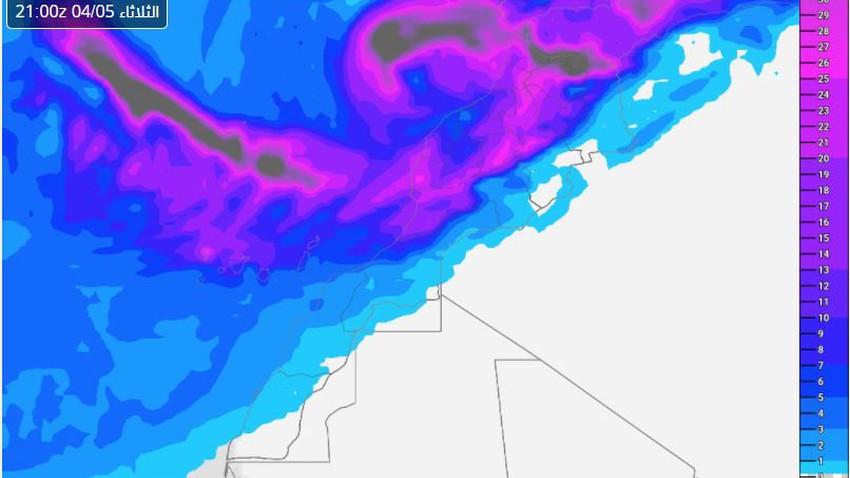 Weather of the Arabs - Recent weather updates for the upcoming period indicate expectations of a significant and accelerated decrease in atmospheric pressure inside Moroccan territory on Monday, as a deep air depression arises, due to the confluence of a desert thermal depression, which will expand towards the northwest, with a cold and humid air mass. In all layers of the atmosphere, the kingdom enters from the Atlantic Ocean, God willing.

Refreshes the hopes of farmers after a dry season

Late rain engulfs large parts of the kingdom on Monday

In the details, the rains begin in random parts of the north of the Kingdom on the night of Sunday / Monday, and with the morning hours of Monday, and as a result of the approach of the main air system to the Kingdom, the rains are organized over large parts of the coastal areas, and extend during daylight hours to most regions of the Kingdom, and the rains are thunder And heavy at intervals, and it is also accompanied by showers of hail, and with it warns of the formation and flow of torrents in the valleys and low-lying areas, with expectations of snow showers on the Atlas Mountains. 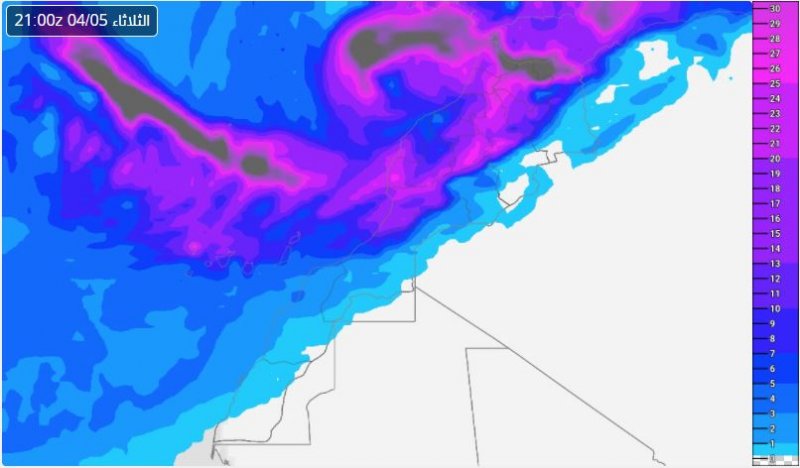 Throughout Tuesday, God willing, rain will return in many areas and will be regular again, accompanied by thunder in some areas, and will be heavy at intervals, with renewed warnings of the formation and flow of torrents in the valleys and low areas, and showers of snow falling on the Atlas Mountains.

This depression will constitute a strong impetus for the current rainy season in all regions of the Kingdom, and this depression will revive farmers' hopes to save spring crops and provide pasture for livestock, in light of an exceptional dry season recorded this year.