Morocco | Unstable weather subsided Thursday and a rise in temperatures 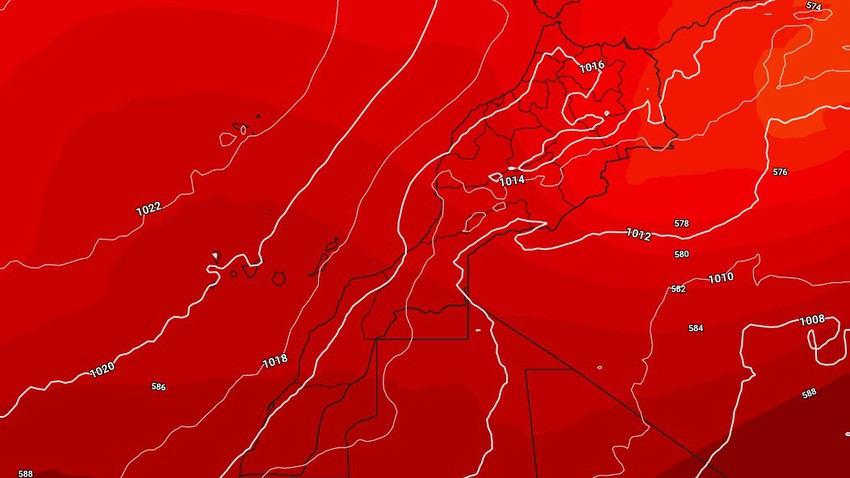 Arab Weather - Temperatures rise on Thursday, and there is a decline in the severity of the impact of unstable weather conditions as they continue in the northern regions, and the weather is moderate in coastal areas, and pleasant in the mountain heights, and warm to relatively hot in the rest of the regions, with the appearance of clouds at different heights In the northern regions, with thunder showers of rain in parts of those areas, especially the mountainous highlands, and the winds are fluctuating in direction and light to moderate in speed, and they are moderate to the speed activity in the southern regions, working to raise dust and dust and the rise of waves on the coasts.

There is also an increase in nighttime temperatures compared to previous nights, and the weather turns to be pleasant in general during the early hours of the night, and tends to be cold in the late hours of the night, and is cold in the northern high mountainous highlands, with the appearance of clouds at medium and low altitudes and continuing opportunities for precipitation. The rains in these areas, with high humidity and fog in different parts of the north and center of the kingdom, especially the western parts of it, and the winds are fluctuating and light to moderate in speed, and they are north with moderate speed, sometimes active in the southern regions.