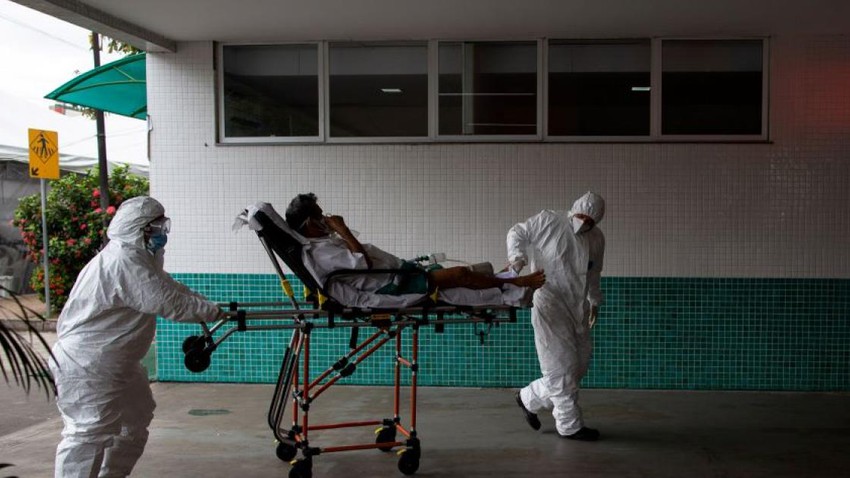 Weather of Arabia - Today, Monday, India announced the imposition of new strict measures on travelers coming to it due to the Corona mutant, and according to the "Hindustan Times" newspaper, government officials said today, Monday, that no case of the new Omicron mutant of the Corona virus has been discovered in India.

According to the newspaper, two groups are being verified - one in Maharashtra and the other in Karnataka, and the clarification came a day after it was discovered that a man had contracted Covid-19 in Dumbivli, in Thane district of Maharashtra state, who had traveled from Cape Town to Dumbivli on November 24, The man's samples were sent for genome testing to determine whether he was infected with the "Omicron" strain.

A senior Indian official confirmed that there is a significant spread of COVID-19 among people from Kerala, and the state government has urged the center to impose travel bans on travelers from South Africa, Hong Kong and Botswana.

The variant emerged in South Africa earlier this month and was announced by the World Health Organization (WHO) and has so far spread to 15 countries, Prime Minister Narendra Modi on Monday urged people to be vigilant in the wake of the new strain.

India announced a strict examination of international travelers, especially those arriving from countries classified as "at risk" by the government, which are 11 countries, in addition to the United Kingdom and Europe.