Next week A large and strong regional heat wave in the Arabian Peninsula and the Levant .. Heat is approaching 54 degrees in Baghdad 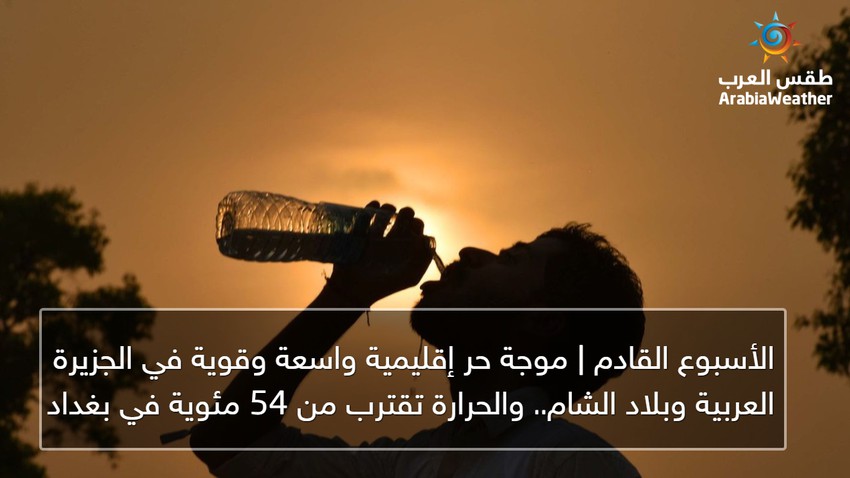 Weather of Arabia - We live in these days within the period of the so-called "anthrax" in the Arabian Peninsula, and it appears that this designation will become clear in the atmosphere of the region during the next week, as the heat stress is expected to increase greatly and may be standard in some regions.

Temperatures are expected to rise during the next week to approximately 54 degrees Celsius in various parts of southern and central Iraq, including the Iraqi capital, Baghdad, and to nearly 50 degrees in parts of northeastern Saudi Arabia, and 45 degrees in northwestern Saudi Arabia.

It is also not unlikely that the temperature will touch the 40 ° C barrier in the Jordanian capital, Amman, during the next heat wave.

It is expected that this heat wave will be accompanied by a flow of wet currents in the middle and high layers of the atmosphere, which will lead to the emergence of clouds on various parts of the Arabian Peninsula and the Levant, which may be associated locally with precipitation showers in some areas of the Arabian Peninsula and parts of southern and eastern Jordan during the peak of the impact .