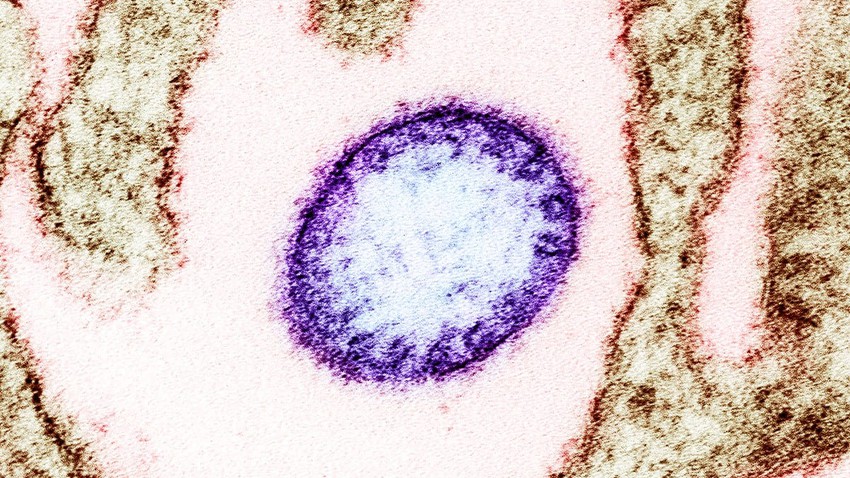 Arab Weather - News about a new spread of the Nipah virus (and there is fear that it will turn into a global pandemic)! Thailand is currently witnessing a new spread of the virus, and since the beginning of the year (within 27 days) it has recorded about 9,000 infections and 65 deaths.

Nipah is a virus of animal origin that is transmitted from animals to humans and can also be transmitted through food contaminated with the virus, and it can also be transmitted from one person to another directly through droplets of saliva, and it causes severe infection in the respiratory system, the symptoms of which are sore throat, cough and general fatigue, as it is possible. Nipah causes encephalitis that leads to death, while some patients do not show any symptoms!

This was followed by multiple outbreaks in Bangladesh that recur annually since 2004 and the spread began in India in 2018 and it is believed that this spread was caused by eating fruits and fruits contaminated with the secretions (saliva and urine) of fruit bats.

This virus is endemic to the Asian continent, and it is a deadly virus such as the Ebola virus that causes hemorrhagic fever, which has been endemic in Africa for years.

Asia has a large number of emerging infectious diseases, because its tropical regions are rich in biodiversity, which means that they contain a large stock of infectious disease-causing organisms, which increases the chances of developing new viruses.

The increase in contact and contact between humans and animals in these areas due to attacks on natural habitats is considered a risk factor in causing epidemics. This virus spreads among animals on farms (pigs), causing great financial losses to farmers, and it infects a wide range of animals.

The Nipah virus is classified as an eleven deadly virus, with a death rate ranging between 40-75% (depending on the site of spread) and the reason is the lack of a treatment or vaccine to deal with it, in addition to other risk factors such as the length of the incubation period that may reach 45 days, which means The ability of the infected person to infect many contacts during this period, and the fact that the virus infects a wide range of animals capable of spreading it over a wide geographical range, in addition to the multiple ways of infection.

There are over 1.5 million viruses in nature, only 4000 viruses have been classified! The time has come to realize that human health is the health of nature.

Can the Sahara Desert be green again?