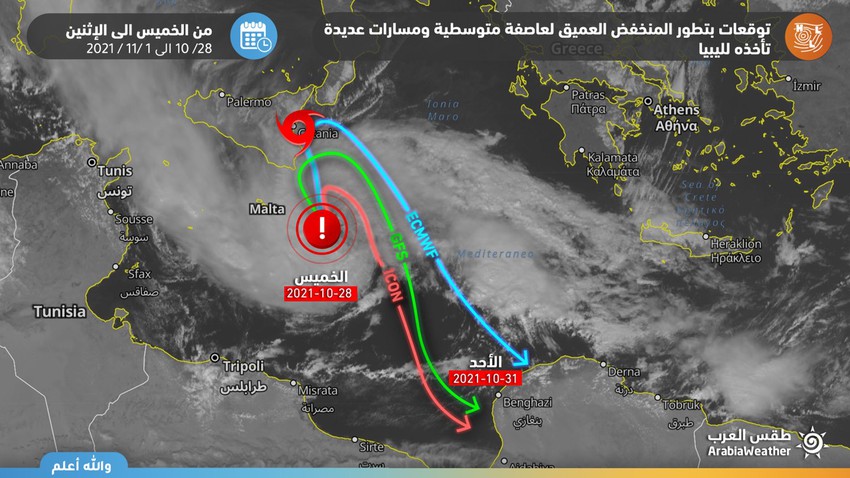 Arab Weather - Satellite images at 13:00 GMT monitor a spinning of clouds around the center of a deep depression in the central Mediterranean, specifically to the northeast of the Libyan capital, Tripoli, and the air system is moving towards the northeast, that is, towards the Italian island of Sicily in the coming hours. 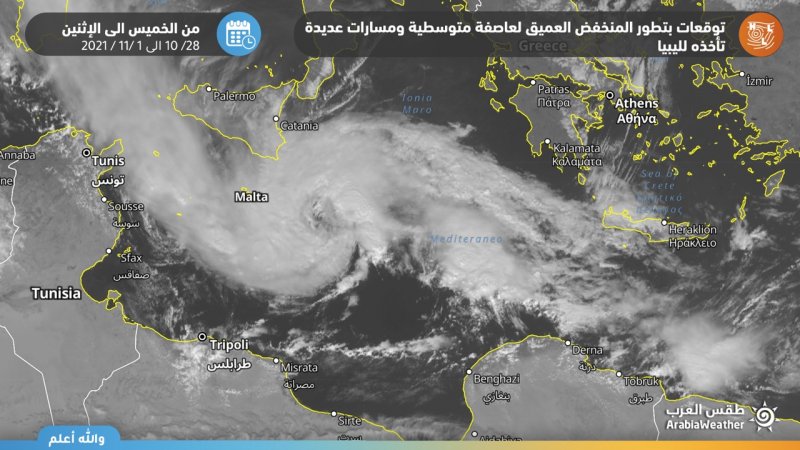 The outputs of most global numerical models indicate a rapid development of the atmospheric depression and an additional decline in the atmospheric pressure values, supported by the warm waters in the middle of the Mediterranean, to hit the island of Sicily and southern Italy on Friday in the form of a Mediterranean storm bringing with it heavy rain, strong winds and high waves. These models also expect that the Mediterranean storm will move on Saturday towards the southeast, that is, directly towards the coasts of eastern Libya, specifically the coasts of Benghazi and the Gulf of Sirte, but with a decrease in its intensity to a deep depression again, bringing with it heavy rain, strong winds and high waves towards the eastern coasts of Libya on Sunday.

UAE: Dusty weather at times with a chance of rain in parts of the east and south of the country in the coming days