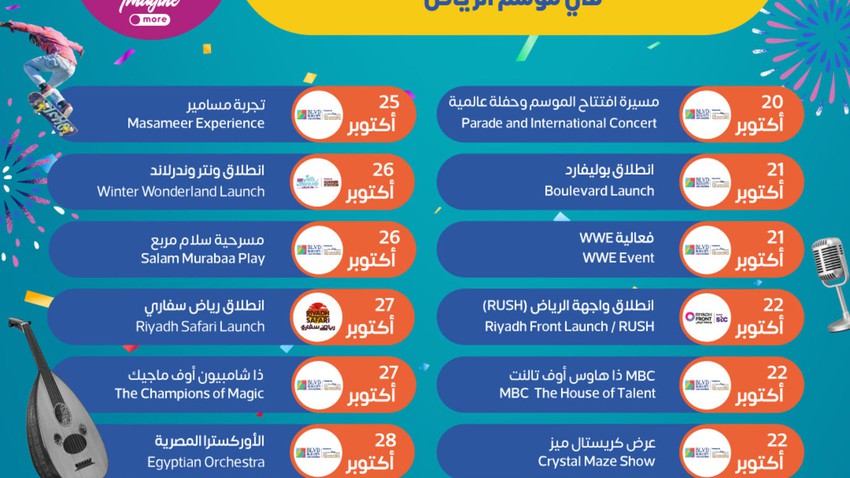 The 14 regions of the Riyadh season host all recreational, artistic, cultural and sports activities during this season.

The Champion of Magic

Experience dinosaurs in the wild

MBC The House of Talent

The Champion of Magic The activities of the "Riyadh Season" vary between: musical and sports events, game programs, walking and shopping spaces, and a wide choice of international cafes and restaurants in multiple locations that contribute to the diversity of the season's programs and events that include various aspects of entertainment.