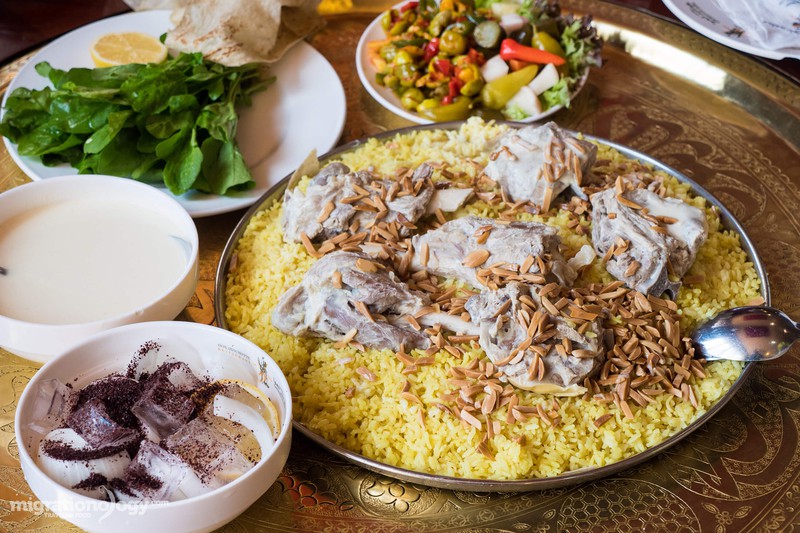 Weather of Arabia - The United Nations Educational, Scientific and Cultural Organization (UNESCO) announced, on Wednesday, the inclusion of the "Jordanian Mansaf" as a new item on its list of intangible cultural heritage.

Jordan's Ambassador to France, Permanent Representative of the Hashemite Kingdom of Jordan to the United Nations Educational, Scientific and Cultural Organization "UNESCO" Makram Al-Qaisi, announced the success of the file to include Mansaf on the World Intangible Heritage List, during the committee's meetings held in the city of Rabat in the Kingdom of Morocco during the period from November 27 through December 3.

The Permanent Mission of Jordan to UNESCO submitted the file for inclusion of "Mansaf in Jordan: A Ceremonial Feast and Its Social and Cultural Significances" on the Representative List of the Intangible Cultural Heritage of Humanity of the United Nations Educational, Scientific and Cultural Organization "UNESCO" at the end of March 2021 during the Kingdom's participation At the seventeenth session of the Intergovernmental Committee for the Safeguarding of the Intangible Cultural Heritage.

The efforts of the permanent Jordanian mission to UNESCO to include Mansaf on this international list came after coordination and joint and extended work with the participation of a number of relevant Jordanian ministries and authorities, led by the Ministry of Culture, after "Mansaf" was chosen among a number of other nominations, so that a decision would be taken. Regarding his inclusion last November on this list.

This effort is added to the previous successes achieved by the Kingdom to enhance its presence in the Representative List of Intangible Cultural Heritage at UNESCO, after the Kingdom succeeded in registering both the “Palm Palm” file in 2019, and the “Arabic Calligraphy” file in 2021, which are two files shared with a number From the Arab countries, in addition to the "Art of the Samer" file in 2018 and the "Cultural Area of the Bedouins of Petra and Wadi Rum" file in 2008.

Al-Qaisi praised the role and efforts made by the Jordanian official and civil institutions in coordination with the permanent Jordanian mission to UNESCO, which culminated in the success of the Kingdom's efforts to include this file.

This approach comes because of the social and cultural connotations of mansaf for Jordanians, and as a form of intangible cultural expression of Jordanian food habits, which is also reflected in the knowledge of the Jordanian national cultural identity, and because it represents a symbol that serves efforts to introduce Jordan, and the generosity and generosity of its people. The Jordanian table, and the main constant in all rituals and social events throughout the Hashemite Kingdom of Jordan.

Al-Qaisi added that Mansaf has a cultural and social value. Where Jordan is famous for it as a national dish in the Arab world and regionally, as this inclusion comes to confirm Jordan's right to preserve the ownership of the origin of Mansaf, and in accordance with the efforts made by countries to preserve its symbols with cultural and social connotations for future generations.

The Jordanian Embassy in Paris, in cooperation with UNESCO, organized several activities prior to the listing, including a concert at UNESCO sponsored by the Director-General of UNESCO, Audrey Azoulet, the Minister of Tourism and Antiquities, Nayef Al-Fayez, and a large number of ambassadors and diplomats accredited to UNESCO, representatives of the French government and journalists, with the participation of each of the artists. Jordanians Talal Abu Ragheb, Zain Awad and Waheed Mamdouh.

Through the activities of this ceremony, a Jordanian evening was organized, followed by a dinner banquet to eat the Jordanian mansaf, in preparation for its inclusion on the list of intangible world heritage after completing the file for all the technical conditions required by UNESCO.