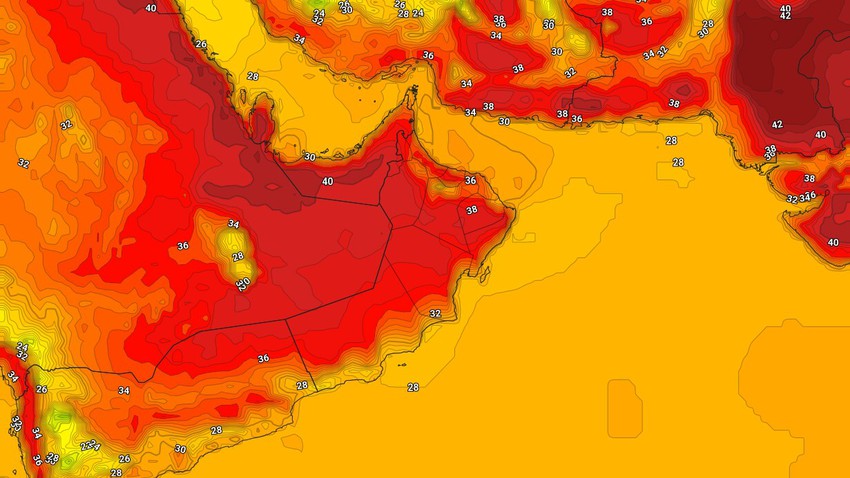 Arab Weather - The temperatures drop a little on Monday and are slightly higher than their normal rates for this time of the year, and the weather continues on Monday, moderate to relatively hot in the coastal areas and the northern highlands, and hot in the rest of the regions, with the appearance of clouds at different heights and the possibility of thunderstorms Of rain in parts of the southern regions, and it is not excluded that rain includes parts of the Hajar Mountains, and the winds are fluctuating in direction and light to moderate in speed, sometimes active in some areas, especially the coastal areas.

The weather is also warm at night hours, and clouds continue to appear at different heights, and the opportunity remains ready for showers of rain in parts of the south of the country, and the winds are fluctuating in direction, and light to moderate in speed, sometimes active in some southern regions.