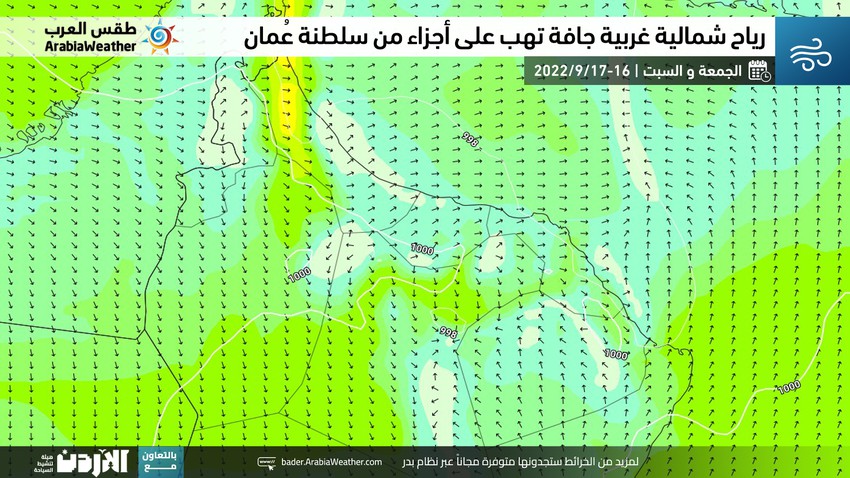 Arab Weather - Weather maps, through the Badr system developed in Arab Weather , show expectations that the air altitude in all layers of the atmosphere will once again control the Sultanate’s atmosphere during this weekend, so that the chances of rain will decrease from all regions of the Sultanate, including the Hajar Mountains, God willing.

In the details, the weather will be clear in most areas on Friday and Saturday, with the appearance of scattered clouds at high and sometimes medium altitudes in some areas. High levels of dust in the atmosphere, especially in desert areas, which leads to a decrease in horizontal visibility. 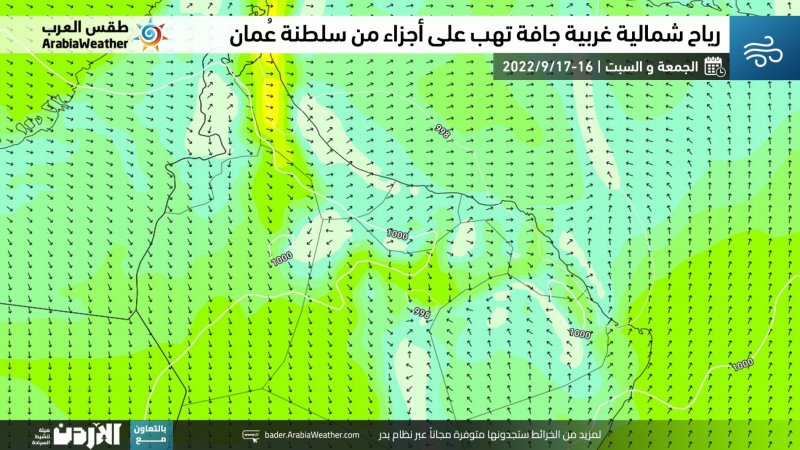 During the night hours, the weather will be hot and temperate in the mountain peaks, and surface moisture levels will rise and fog or light fog will form on parts of the coastal areas overlooking the Arabian Sea, with the decline in the activity of autumn clouds on the coasts and mountains of Dhofar Governorate, so that the clouds intensify. And the spray falls at intermittent intervals, God willing.