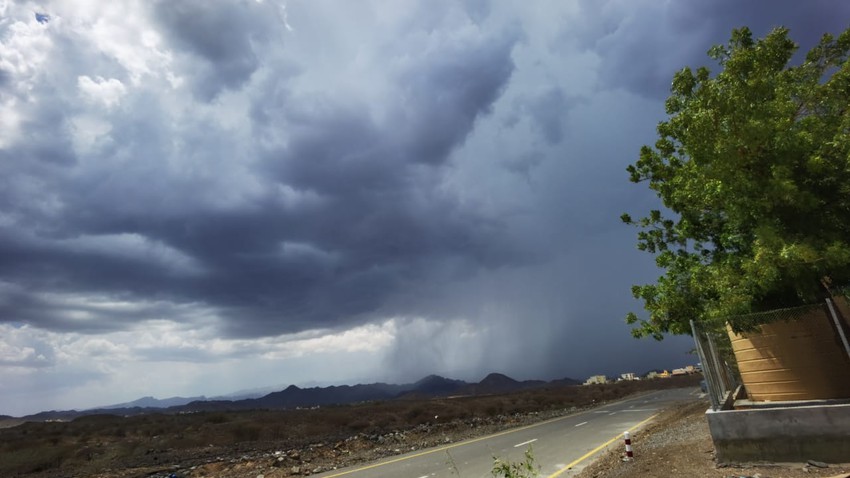 Weather of Arabia - On Monday, the north of the Sultanate remains under the influence of an air groove in the high layers of the atmosphere, which in turn provokes the activity of local formations on parts of the Hajar Mountains in the afternoon, accompanied by thunderstorms of varying intensity.

In the details, the dawn and early morning hours flow scattered clouds at low altitudes on parts of the coasts of the Sultanate, including parts of Al Batinah and Muscat, and with the passage of daylight hours, the weather is clear and hot in the coastal areas during daylight hours, while it is very hot and partly cloudy in the interior. The local formations are spread over parts of the Hajar Mountains, especially the middle stone, and are accompanied by thunderstorms in some areas, which may be heavy at times and accompanied by activity in the downward winds.

During the night hours, the weather is relatively warm, tending to moderate with the late night and early morning hours over most areas, especially the mountainous heights.