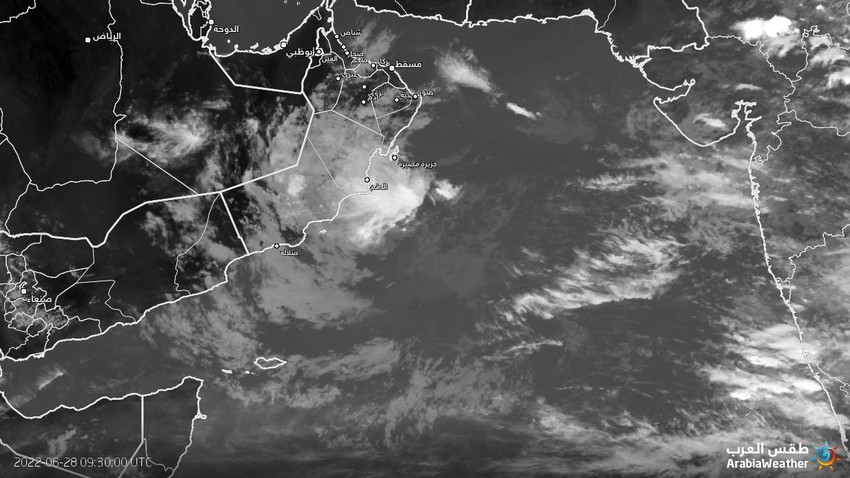 Weather of Arabia - Satellite images show the beginning of cumulus clouds activity in parts of the Al Hajar Mountains, coinciding with the flow of large and medium amounts of clouds over the Dhofar and Al Wusta governorates, and is likely to lead to scattered showers of rain.

According to computer modeling in the Arab weather, the activity of local formations is expected to expand on the Hajar Mountains, especially the middle and western stones, and it will be accompanied by rainfall of varying intensity, lightning and thunder sometimes, and activity in downward winds, and the flow of valleys and reefs in some areas, God willing, is not ruled out.

Alerts will be issued and local formations will be followed up in the coming hours via the Arab Weather application .