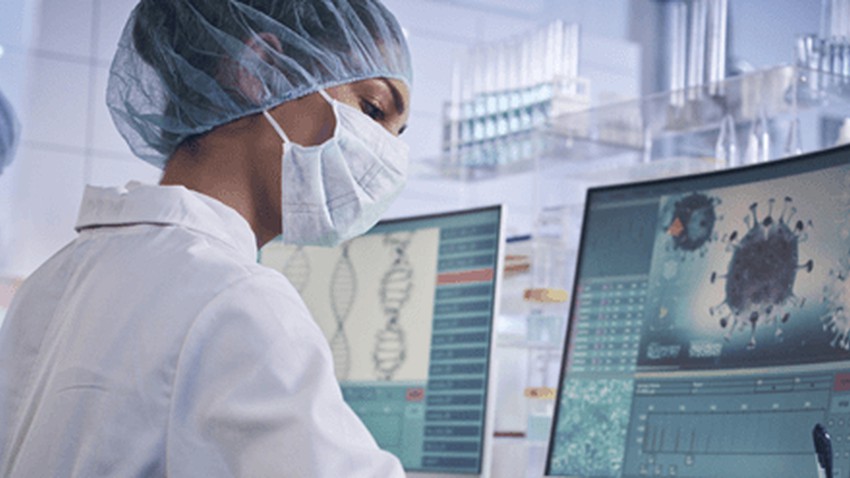 Weather of Arabia - The World Health Organization said on Monday (November 29) that the new mutant of the Corona virus "Omicron" is likely to spread more, and to pose a "great" global danger, which raised the state of alert in many countries of the world.

How was the omicron mutant discovered?

Dr. Angelique Coetzee was the first to sound the alarm about the omicron, said Dr. Koetz, who is president of the South African Medical Association, said one patient who came to her clinic on November 18 reported experiencing "extreme fatigue" for two days with body aches and headaches.

And she continued, "The symptoms at that point were largely related to the normal viral infection, and because we had not seen people infected with the Corona virus during the past eight to ten weeks, we decided to take the test." Then it was found that the result of the examination of the patient and his family was positive.

More patients came on the same day with similar symptoms, and then I realized that there was “something else going on”, and since then, she was receiving two to three patients a day, so she alerted the National Institute of Communicable Diseases on the same day of the clinical results, until later analyzes found that he had contracted the disease. Patients with a different type of coronavirus.

How do Omicron's symptoms differ?

Dr. Angelique Coetzee said that patients in her clinic had symptoms different from those of the dominant delta mutant, and that they were " very mild " and could be treated at home. Fatigue was one of the main symptoms reported by her patients, and other symptoms were mild headaches and pain. In the body and itching in the throat.

But unlike the delta mutant, she said, patients have not yet reported a loss of taste or smell , nor has there been a significant drop in oxygen levels in their bodies.

"Most of the patients experienced very mild symptoms and we were able to treat these patients conservatively at home," she said.

The category most affected by the new mutator

Coetzee said that in her trial she was treating young patients aged 40 or younger, and that half of those she treated with the new mutation did not receive the coronavirus vaccine.

But she cautions that the effects of the omicron variable on elderly patients are unknown.

Should we be worried about Omicron?

So far, only a few cases have been reported around the world, they have been detected in several South African countries as well as in the United Kingdom, Belgium, the Netherlands and Hong Kong, and there are possible cases in other countries, such as France.

But what scientists worry about is how quickly the new variant could spread   The first case was discovered on November 9 and last week three-quarters of the cases recorded in South Africa are due to this mutation.

But the main unknown surrounding this mutant is its possession of multiple mutations , and the World Health Organization says that some of them are worrisome because there is a risk of recurrence of infection again, which means that the mutant is resistant to antibodies formed naturally after infection or with vaccines.

It was among the scholars of South Africa said that "omicron of" contains more than 30 mutation in the Spike protein, the virus part that is linked to human cells, and that these mutations are much more than the delta variable, and this makes it more transmissible It is also possible to reduce the new variable " Omicron's efficacy of available diagnoses, drugs, and vaccines.

"Depending on these characteristics, there could be future increases in the number of infections, which could have serious consequences."