One of the strongest hurricanes in the Arabian Sea.. The memory of Hurricane Chapala, which reached in one of its stages the fourth degree 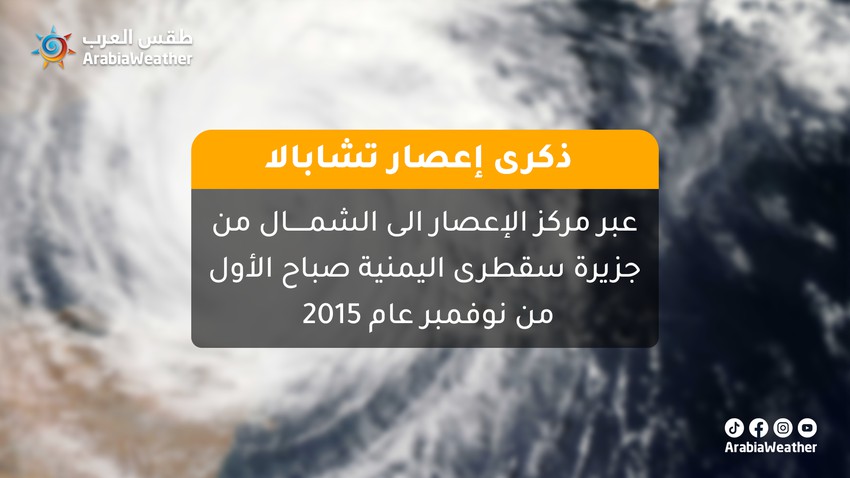 Arab weather - Who among us does not remember Hurricane Chapala, one of the strongest Arab Sea hurricanes in the history of modern climatic records, which struck the coasts of Yemen overlooking the Arabian Sea with full force, accompanied by strong winds and a large rise in the waves that flooded the coastal areas, in addition to the precipitation of large amounts of rain The rain that caused torrential floods and torrential rains.

The most prominent details of the devastating cyclone Chapala

In details, on Wednesday, October 28, 2015, after the monsoon winds receded and the great warming witnessed by the Arabian Sea at that time, the weather conditions were favorable for the development of a region of low atmospheric pressure into a tropical storm. It is a designation proposed by Bangladesh, where these names fall within the scheduled range of the Arabian Sea and the Bay of Bengal according to the World Organization.

The tropical state of Chapala moved west towards the Arabian Peninsula in conjunction with its rapid development over the warm waters of the Arabian Sea, and the maximum wind speed was estimated in one of the phases of cyclone Chapala at about 215 kilometers per hour, when it reached the fourth degree, and it was expected at that time that the hurricane would head towards the Sayhut area in Al-Mahra Governorate, Yemen, but suddenly and unexpectedly changed its course to the southwest. 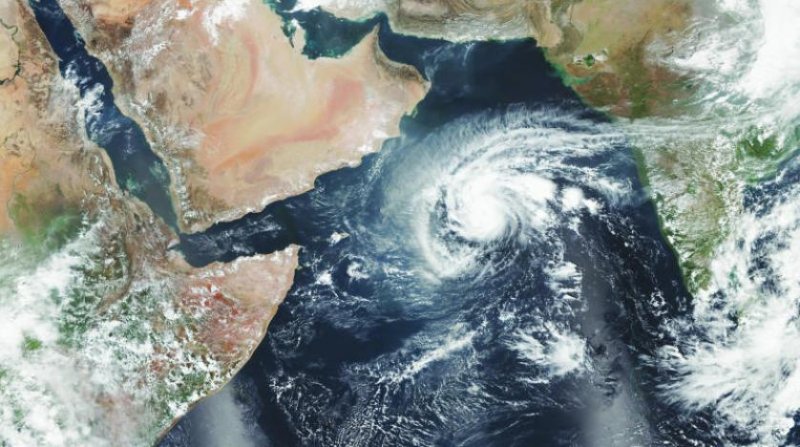 On the first of November, Cyclone Chapala passed along the island of Socotra, and it was at that time a category three cyclone, accompanied by strong winds of more than 150 km / h, heavy rain, sea level rise and waves of more than 10 meters in some areas, and it continued to move towards the Gulf of Aden to enter it. On November 2, it became the strongest tropical cyclone on record in that region.

The eye of the cyclone Chapala crossed the Mukalla coast at five in the morning on Tuesday, November 3, with a wind speed of 120 km / h. Nov.

Cyclone Chapala is considered the third most powerful cyclone in the history of modern climatic records of the Arabian Sea. At that time, the surface waters in the northern Indian Ocean and the Arabian Sea experienced exceptionally rapid heating, and the water temperature extremes reached +1.2 degrees Celsius higher than the normal rates. These conditions provided The weather is a fertile environment for the development of tropical conditions, as the fall of 2015 witnessed the development of four tropical conditions, two of which succeeded in developing at the level of a hurricane and a storm. 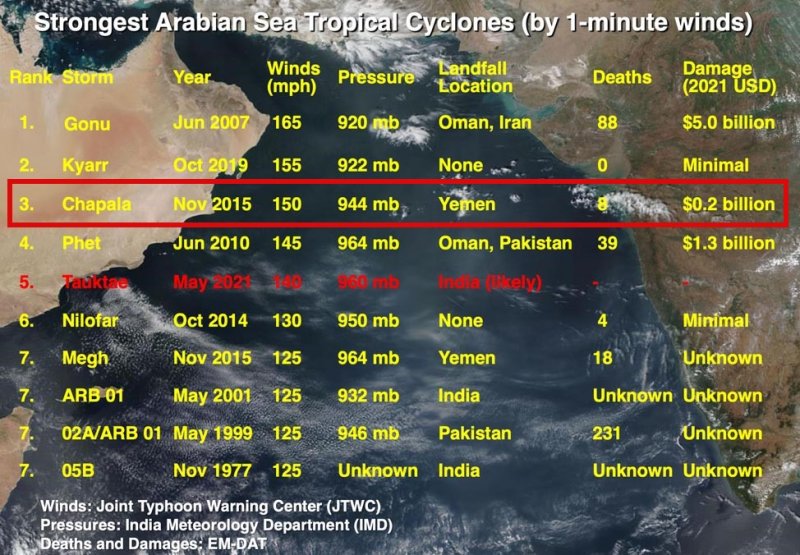 Where the earth has natural ways of discharging the stock of thermal energy and maintaining its thermal balance, perhaps the most important of which is the drainage of thermal energy through the formation of tropical states and air fronts such as Atlantic storms in the middle latitudes. It was found that hurricanes convert one-third of the thermal energy stored in the earth into kinetic energy.

Therefore, it is natural with the rise in global temperatures that the intensity of hurricanes will increase, with an expected increase in the quantities of water vapor in the atmosphere and the corresponding increase in the amounts of rain and accompanying floods and the risks associated with the intensification of waves and their inundation of coastal areas.