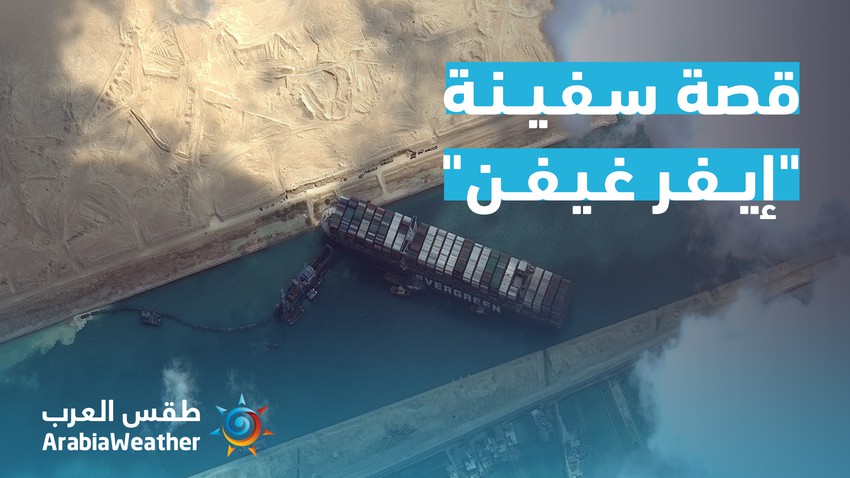 The story began with a fiftieth air depression accompanied by strong winds and severe sandstorms that struck Egypt on Tuesday, and the Suez Canal Authority had announced that the ship "Evergiven" ran aground, and closed the Suez Canal after it veered off course due to weather conditions!

The length of "Evergiven" is 400 meters, and its tonnage is about 223 thousand tons. All attempts to withdraw the ship failed, and the Suez Canal and then the world paralyzed the world, and ships were jammed in most of the surrounding seas awaiting the reopening of the Suez Canal.

As Bloomberg Network said, the world loses $ 400 million every hour due to the delinquency of this ship, and oil prices have risen by 6%.

While the Suez Canal Authority in Egypt announced, on Friday, that 87 percent of the dredging operations have been completed at the front of the "Evergiven" stranded ship, and it is not known how long the ship's floatation mission will last

It is reported that there are about 150 ships parked near the Suez Canal carrying goods worth 29 billion dollars!

The five-seat depression led to the failure of ships carrying oxygen to reach Lebanon, and it almost caused a health catastrophe.

What then was the solution then!

MeteoWeather provides weather reports for shipping, and has warned of major sea turbulence and rising waves and advised the suspension of marine navigation on that day.

The report price for MeteoWeather Navigation is only $ 100 !!

With a consultancy worth $ 100, the world economy could have been spared with 10% of the daily heavy losses