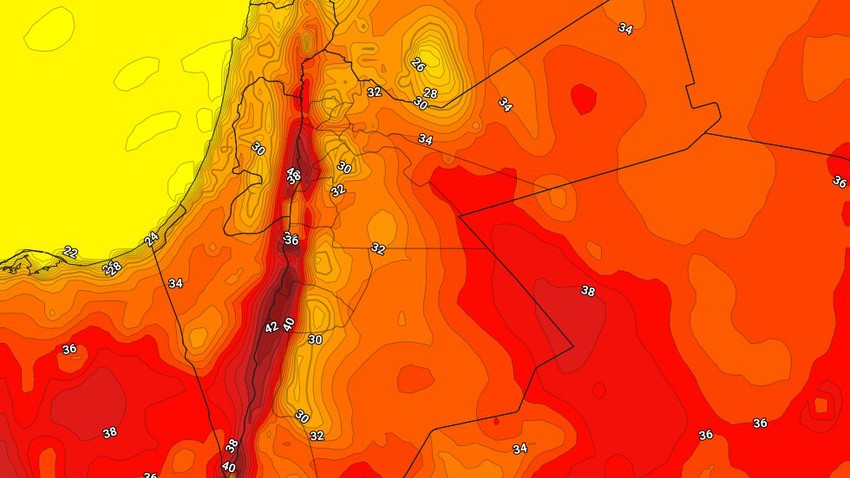 Arab Weather - The temperatures on Wednesday are higher than their normal rates for this time of year, and the weather is moderate in the coastal areas, and warm to relatively hot in the rest of the regions, and hot to very hot in the Jordan Valley and the Dead Sea, with the emergence of some high clouds in parts of Palestine, with light to moderate westerly winds, active sometimes in the afternoon and afternoon hours.

Nice weather at night and fog expected over the Gaza Strip

The temperatures drop at night significantly, and the weather turns nice and refreshing in general, and it is warm in the Jordan Valley and the Dead Sea, and the humidity rises coinciding with the stillness of the winds, so that fog is formed in the Gaza Strip, especially during the late hours of the night, and the winds are fluctuating in direction and light to moderate speed.