Paris is hotter than Cairo on Saturday, with the control of the heat wave that hits the European continent Weather of Arabia - Shortly after the end of May, which was the hottest ever in most countries of southwestern Europe and northwest Africa, this week a strong heat wave hits the southern and western parts of Europe, raising temperatures in the capitals of some European countries to levels Around 40 degrees Celsius, more than 10 degrees Celsius above normal rates.

The heat wave resulting from the extension of a hot air mass that rushed from the African desert, also dominates the atmosphere of the French capital, Paris, which enjoys moderate weather, which makes it a destination for tourists at this time of the year, when temperatures rise on Saturday to levels of approximately 40 degrees Celsius, This exceeded the expected maximum temperatures in some hot Arab capitals such as Cairo. 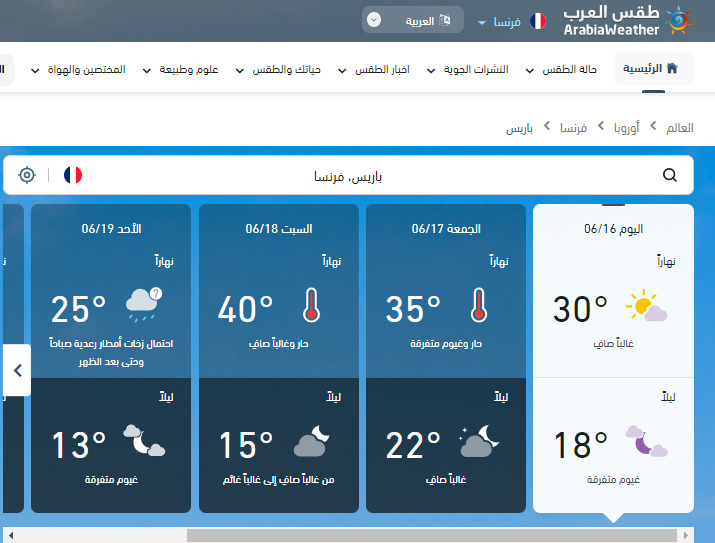 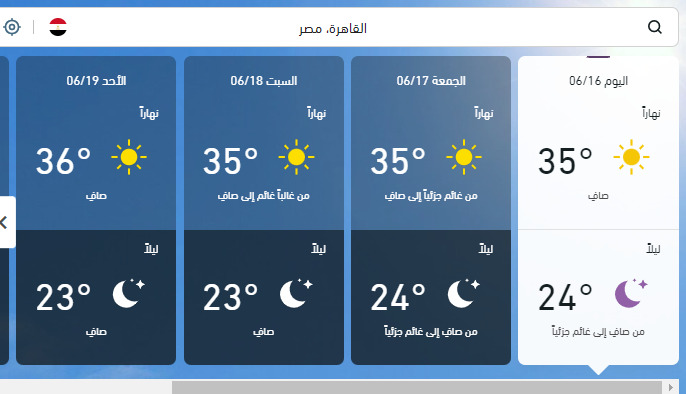