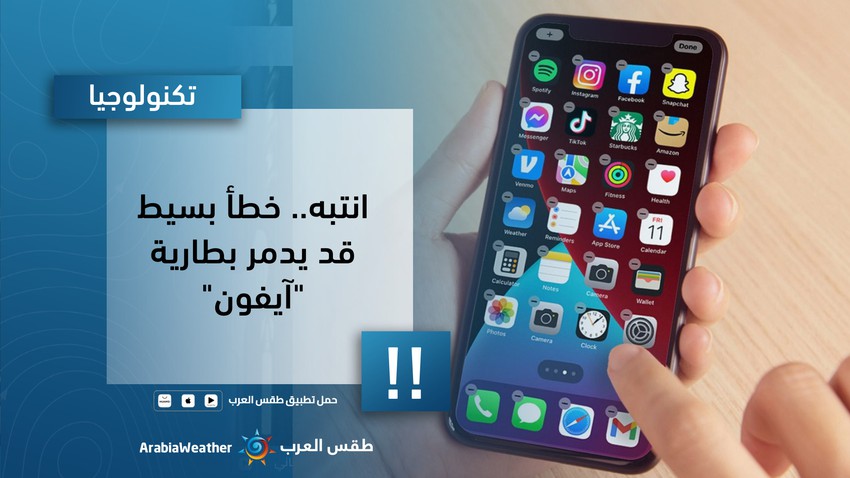 Weather of Arabia - A person may make a fatal mistake with a simple movement that slows down the “iPhone” and even causes problems with battery life, as many believe that closing open applications in the background of the phone will save battery life or enhance the performance of the “iPhone”, but it is a common mistake, It is best not to close applications if you want your device to function properly.

Closing apps can take longer to load next time. In this regard, Apple, the manufacturer of the iPhone, explained: “When recently used apps appear in the background of the phone, they are not open (do not work), but they are in standby mode to help you navigate and multitask.”

"You should force close an app only if it is not responding," she continued.

And the British newspaper, “ The Sun ”, explained that some people think that open applications are running all the time, but in reality the “iPhone” freezes them, so it does not drain resources while you do other things.