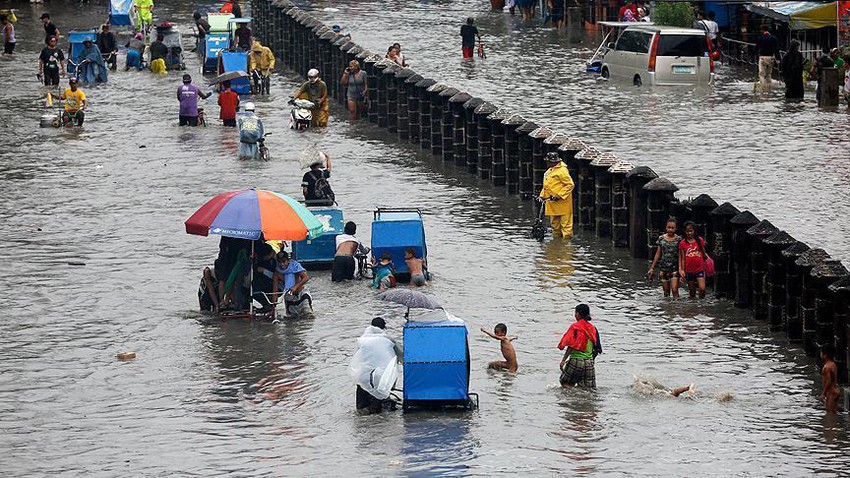 ArabiaWeather - The National Council for Disaster Reduction has reported that at least 16 people have died in the Philippines as a result of tropical cyclone “Moulaf” (known locally as “Quinta”), including many who were washed away by flood waters in Negros Oriental in Central Visayas and Romblon in the Mimaroba region.

Heavy rains were reported in several parts of the country, including 282.8 mm of rain recorded in the 24 hours through 25 October and Romblon recorded 138 mm the following day.

The country's National Council for Disaster Risk Reduction and Management also said on October 27 that it was checking reports of 3 deaths and 13 missing during the storm.

"We have received new updates this morning and (we have) three deaths, 13 missing and one injured," said Mark Kashian Timbal, spokesman for the National Council for Natural Disaster Management.

3 deaths have been reported, all of which are believed to be a result of drowning. Two people went missing after being swept away by flood waters in Negros Oriental and one in Romblon.

About 10 people have been reported missing at sea, and the Administrative Authority for Disaster Reduction said the total population affected by the hurricane has now reached 237,948 families, or the equivalent of 914,709 people.