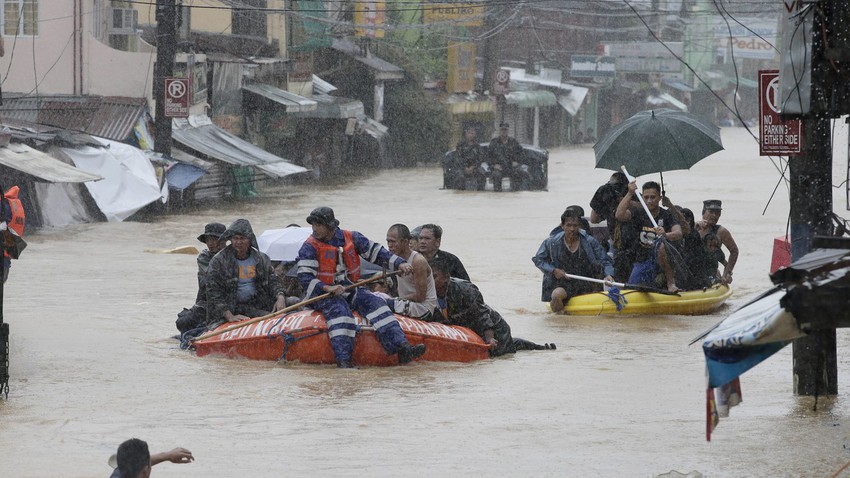 Arab Weather - a tropical depression affecting parts of the Philippines, where it caused heavy rains that led to sudden floods on October 13, 2020, and disaster officials reported that at least two people were killed and another missing after the floods in Cebu and the surrounding areas, where they were found. The body of the missing person in two days after the floods.

The National Center for Disaster Reduction in Cebu City reported that after two days of searching, paramedics found the body of a 16-year-old boy who was killed by floods, and it is reported that flash floods took him to a place far from his residential area on October 13, 2020.

At least 20 villages in the surrounding areas were affected, and the flood waters reached a depth of 1 meter, and more than 250 people were forced to evacuate their homes to safer places.

It is reported that the Cebu region was affected by the floods earlier this month and more than 800 people were displaced after the heavy rains on 4 October 2020.