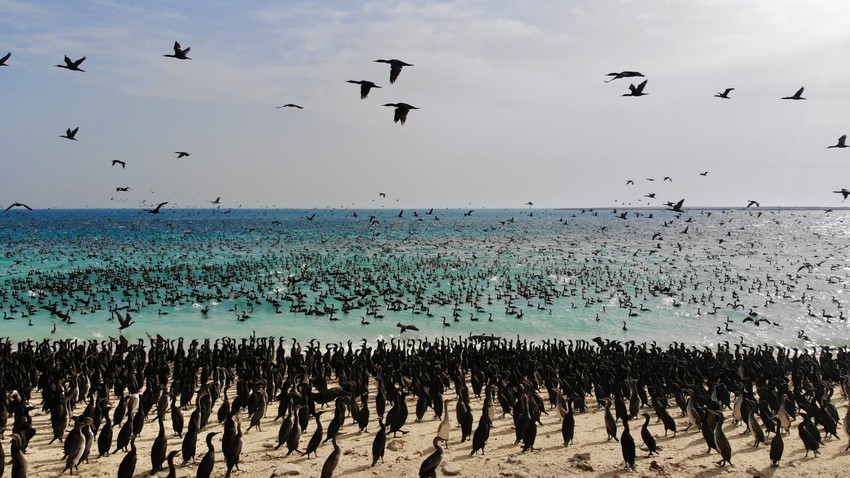 Weather of Arabia - In a majestic scene documented by the lenses of the Omani photographer "Ali Harbi" for huge numbers of flocks of "Socotra cormorants" migrating to the "Bassa" beach in the state of Khasab in the Sultanate of Oman, the birds seemed to invade the Oman beach, in a phenomenon that only occurs once a year.

"Harbi" indicated that this year witnessed the migration of this species in large numbers, which caught his attention, which called him to document it in an artistic way bearing his signature as a professional photographer, and published it on his personal account on the "Instagram" website, pointing out that he succeeded in documenting the migration of the Socotra Cormorant, with His keenness to highlight the density of the numbers of the migratory bird in some shots, while in other shots he focused on the details of the bird itself precisely.

Harbi likened the scenes he documented of the birds that almost covered the entire Bassa beach, as being like an "invasion" campaign in a scene that raises eyebrows and astonishment, stressing that this scene prompts contemplation of the greatness of the Creator's work.

The percentage of positive tests reached (10.72%), and today (5811) new cases of the Corona epidemic were recorded..Details of the daily statistics inside