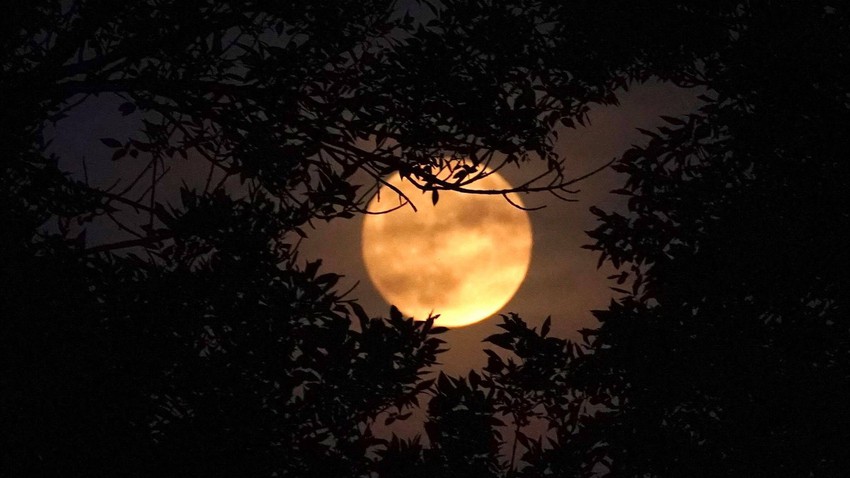 Weather of Arabia - Badr July dazzled the world with its light that lit the sky on Friday night (July 23) at the height of the full moon, and the moon appeared complete for about three days, from Thursday evening (July 22) until Saturday morning.

The moon meets the sun at 02:37 GMT on Friday/Saturday night (July 24), and at that moment the sun, earth and moon are in perfect alignment, but because the moon is about 5 degrees away from the plane of the Earth’s orbit, the sun’s light falls completely On the side of the moon facing the earth.

The name "Deer Moon" or "Buck Moon" was given to the full moon of July by the Algonquin people in what is now the northeastern United States. The full moon got its name because it occurs when a male deer, known as a buck, grows its velvet antlers.

There are other names for the full moon that occurs in July: Thunder Moon, due to frequent thunderstorms in early summer. In Europe, the full moon is called the "hay moon" because it coincides with the season of hay harvesting or the "grain moon" in the United Kingdom.

Have you seen the "Ghazal Moon" with its splendid light this year? Here are some pictures from around the world 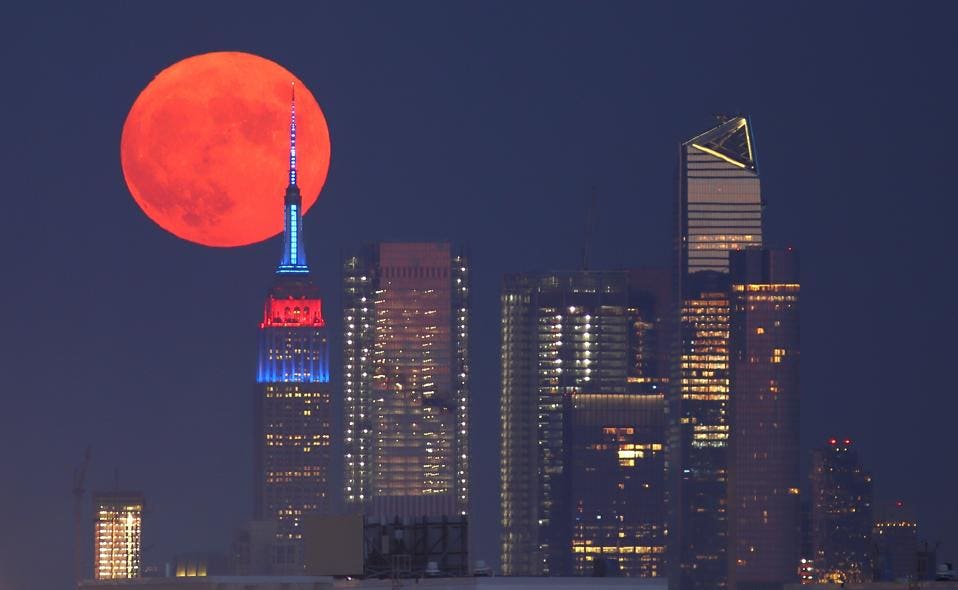 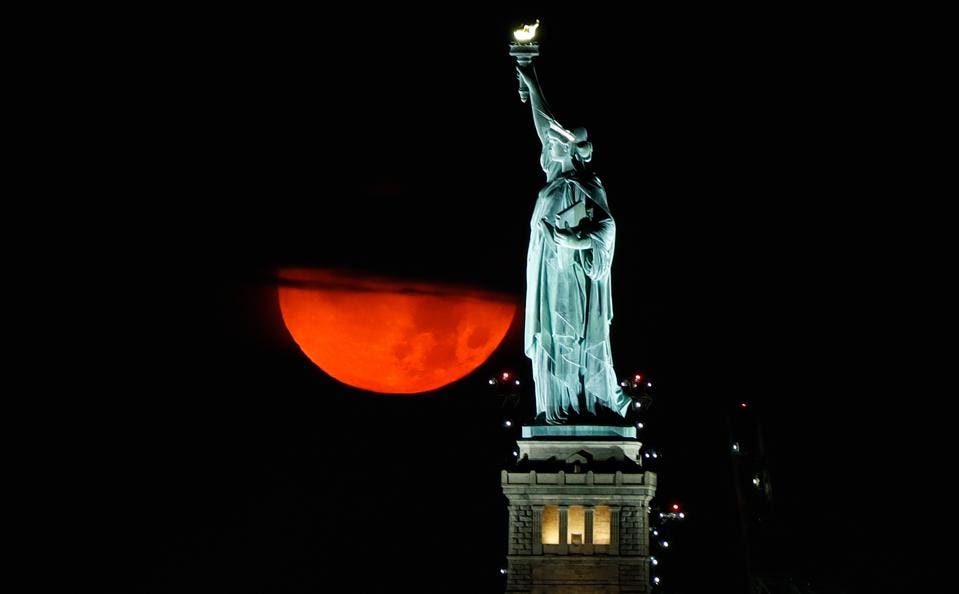 (The 'Deer Moon' hides behind the Statue of Liberty before sunrise on July 23, 2021 in New York City) 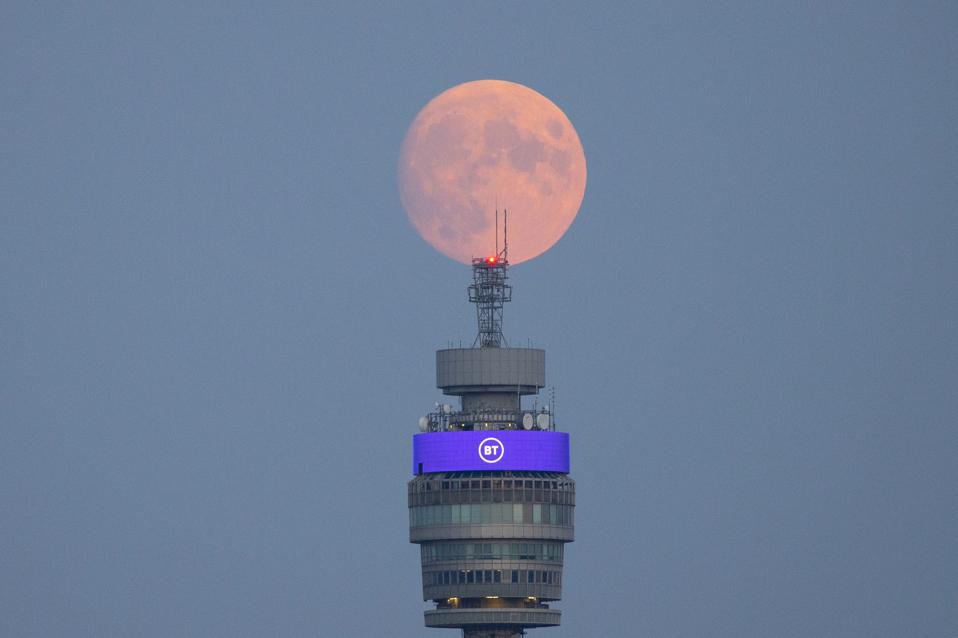 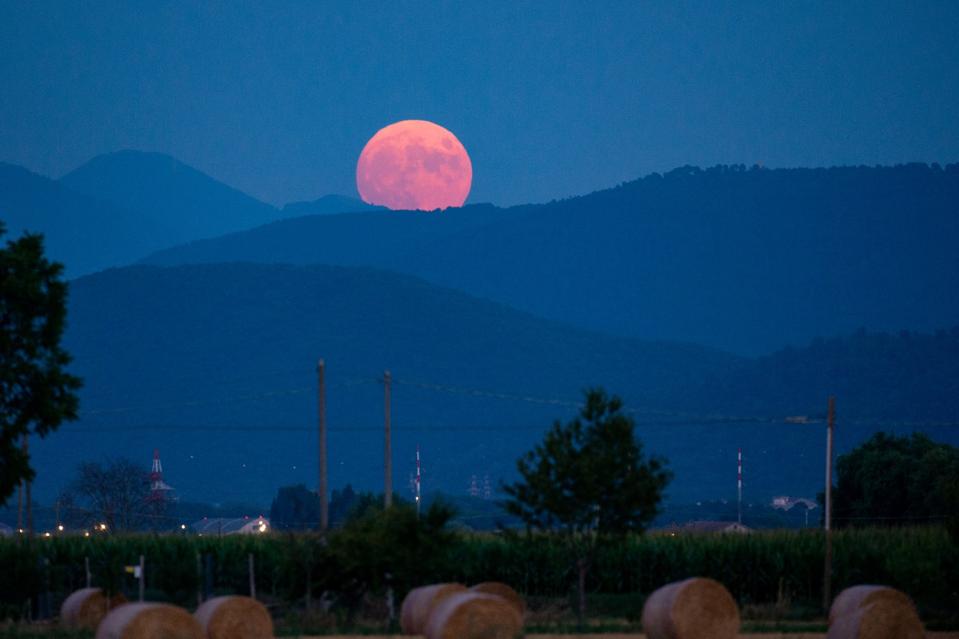 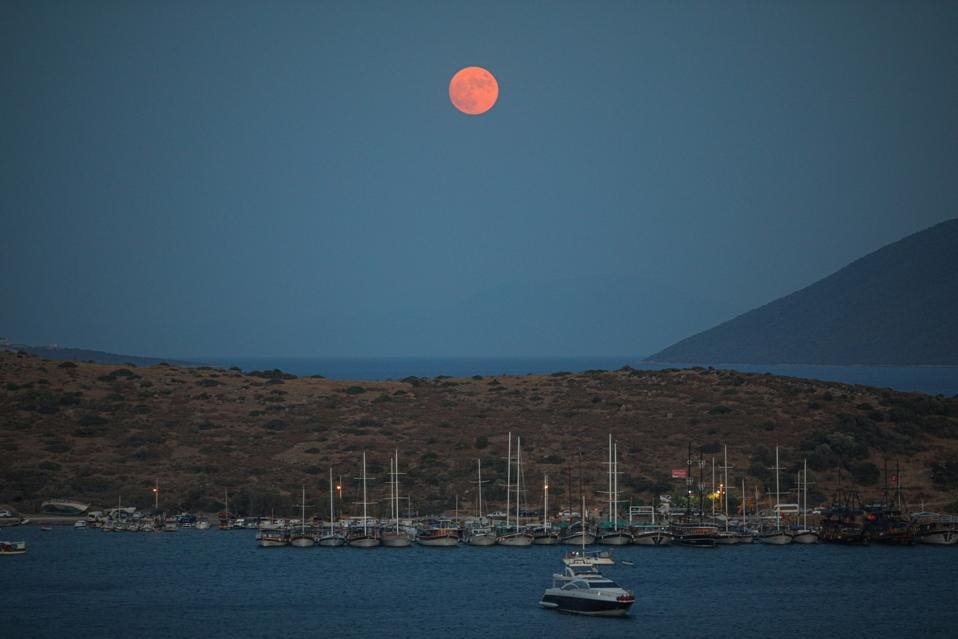 ("Deer moon" rises in the sky of the popular holiday site in Mula, Bodrum) 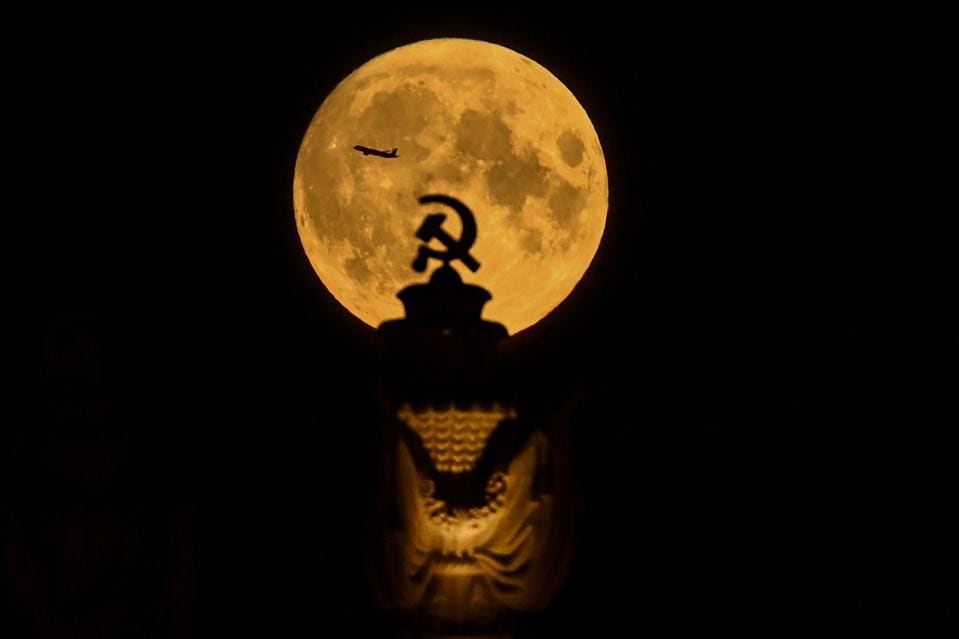 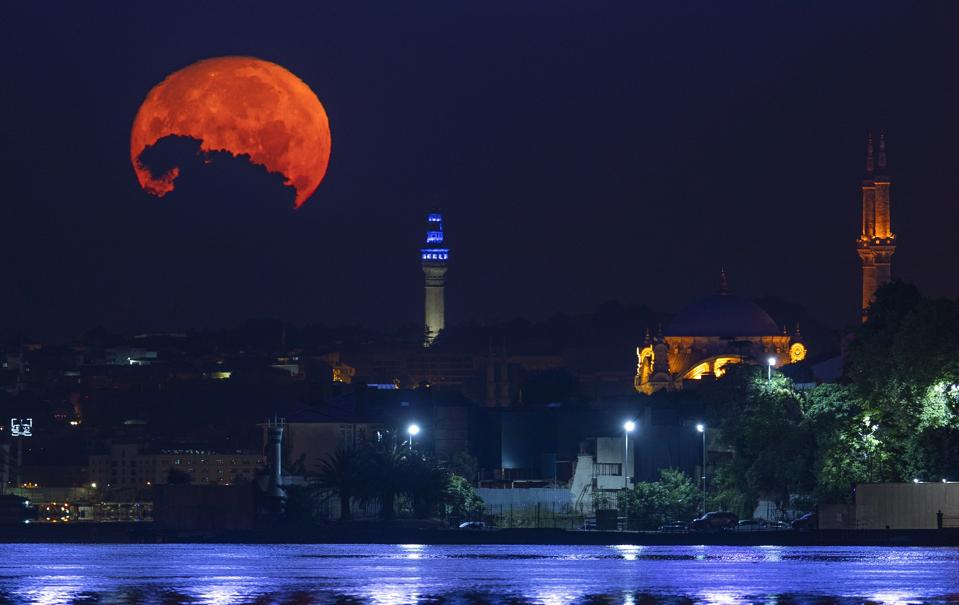 (Full moon scene behind the Mecidiye Mosque and Bayezid Tower in Istanbul, Turkey on July 23, 2021)

Although full moonrise is a monthly event, only on the night of the full moon can you see it in the faint light of dusk. So it's visible in a lit environment rather than just a shining disc in a black sky, which is visible the few nights after it wanes from fullness. 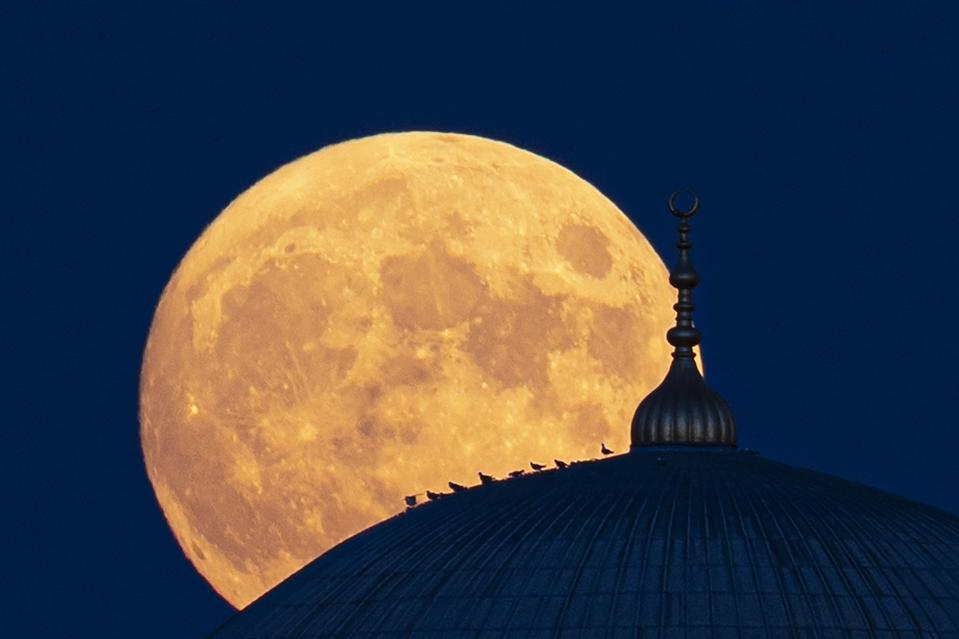 (The full moon rises behind the Selimiye Mosque over Edirne, Turkey on July 23, 2021 - Photo by Gokhan, Anadolu Agency)