Precautionary closure of bridges in the capital, Amman, due to the freezing 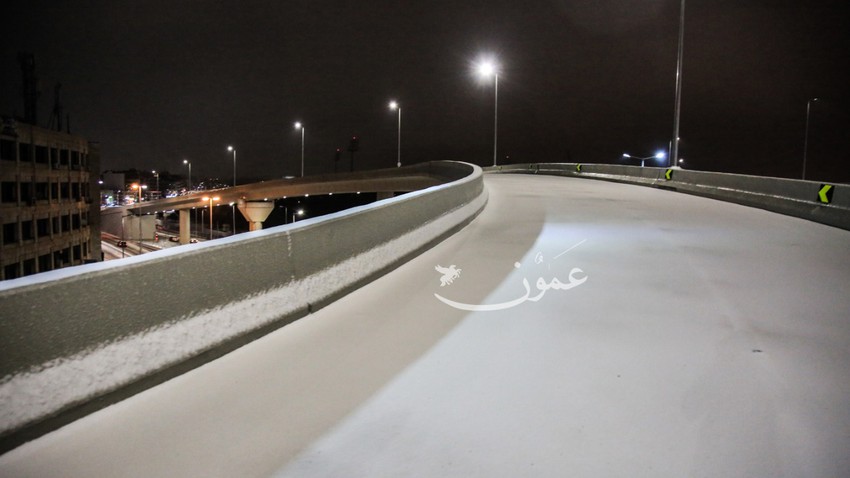 Weather of Arabia - The media spokesman for the Greater Amman Municipality, Nasser Al-Rahamneh, confirmed that, in coordination with the Central Traffic Department, intersections and bridges in Amman will be closed temporarily in anticipation of the formation of freezing on them from 11 pm Wednesday until Thursday morning

Al-Rahamneh said in an interview with Ammon, that the closures will be temporary and precautionary until Thursday morning, in anticipation of the possibility of ice formation and to ensure that slips do not occur on bridges and intersections.

Al-Rahamneh indicated that the bridges will be temporarily closed, according to the assessment of the cadres working in the field, namely: Al-Mukhabarat Bridge, Eighth Bridge, Khalda Bridge, Sports City Bridge coming from Al Dakhiliyah towards Nasser bin Jameel Street, Sports City Bridge coming from the University of Jordan towards Al Shaheed Street, and Al Douriyat Bridge. In Sweileh, the Jaber Complex Bridge, the Sweileh Bridge, the new Marj Al-Hamam bridge, and the old Marj Al-Hamam bridge