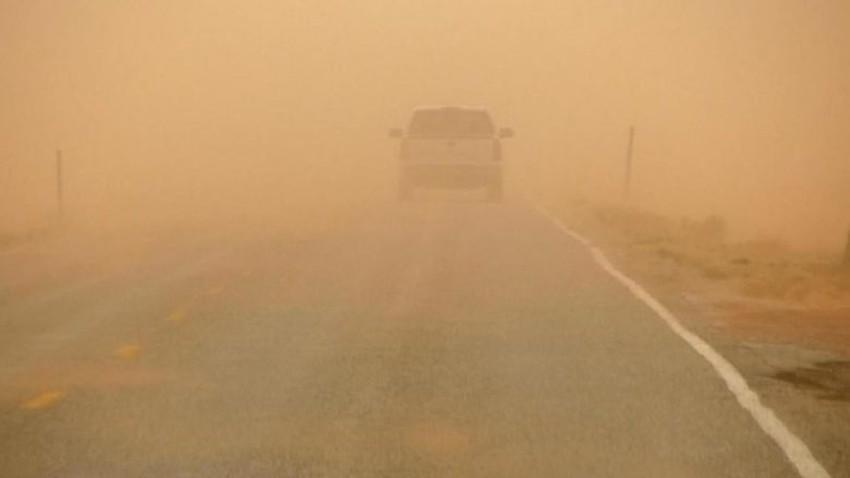 Weather of Arabia - The Public Security Directorate calls on citizens, with the beginning of the Kingdom being affected by the Khamasini depression, to take caution, especially users of the desert road and roads in the southern and eastern regions of the Kingdom due to low visibility due to heavy dust.

And the Public Security Directorate stresses that it has emphasized the citizens of the necessity of complying with the orders and instructions of the public security men deployed on those roads when cutting the road in order to preserve their safety and to ensure their safe arrival to their destinations.

And the Public Security Directorate was on the need to be careful and alert to the danger of low or lack of horizontal visibility on roads, especially desert ones.

And she warned of the quinquennial air depression expected on Sunday, which is accompanied by gusty winds laden with thick dust, especially in the southern and eastern regions.

The directorate called to stay away from speeds on roads that witness a significant decrease in the range of horizontal vision, and patients with respiratory system and eyes are advised to close windows and take the necessary precautions, and install objects that can be volatilized by the wind, such as metal plates and sheets.

The Public Security Directorate called on citizens to comply with the instructions of the public security men deployed on the roads to guide them, help and guide them.

Calling the unified emergency number 911 if the need arises.