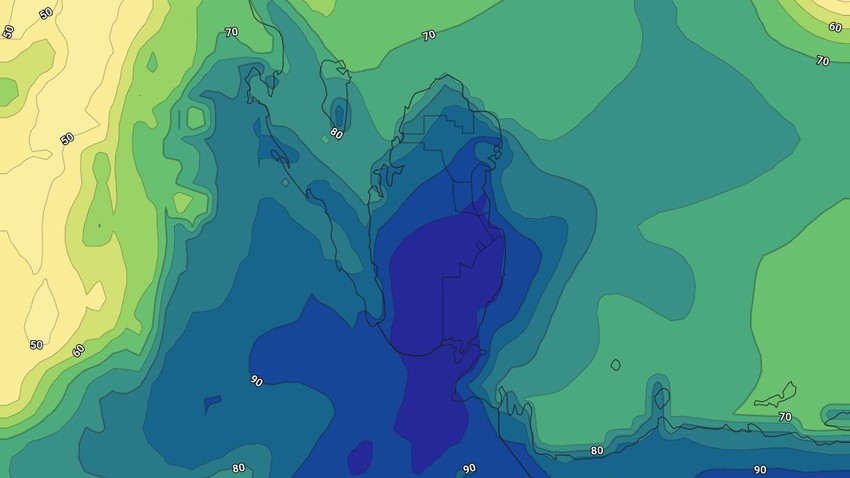 Arab Weather - The latest updates of the outputs of the numerical models processed by the Air Operations Department of the Arab Weather Company indicate expectations of a significant increase in humidity during the coming nights, so that the humidity level exceeds the 90% barrier in many areas, coinciding with the stillness of the wind speed, so that the conditions are ripe To form fog over many areas of Qatar.

Fog begins to form during the late night hours and continues until the early morning hours until sunrise before it begins to gradually fade after that due to the rise in the surface temperature of the earth. The chances of fog formation include the coastal and interior areas of the State of Qatar.

It is not excluded that the fog will be thick at times, causing a decrease and possibly a lack of horizontal visibility for some periods.

Therefore, the Arab Weather website advises drivers to take the necessary precautions while driving on roads that witness the formation of fog and a decrease in the range of horizontal visibility.

Update at 11:30 am | A continuous wave of dust on Qatar and Bahrain, and monitoring the spread of dust to the Emirates