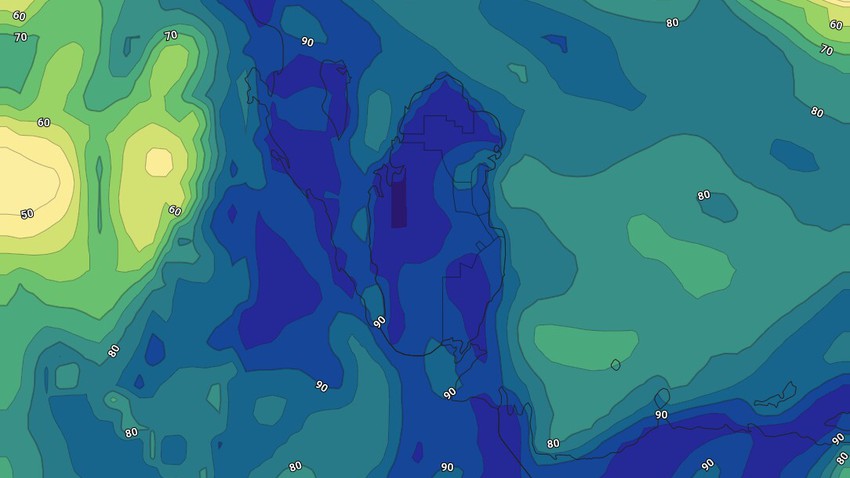 Arab Weather - Weather maps in the Arab Regional Weather Center indicate an increase in humidity in the morning hours and Wednesday morning in the interior regions of Qatar and Bahrain for the third day in a row, which causes a decrease in horizontal visibility in some areas.

How fog is formed in Qatar and Bahrain

During the day, the sun heats the surface of the earth, so the air near it heats up and so we feel the heat of the day, but at night and after the sun is gone, the earth gradually loses the heat it gained from the sun during the daylight hours, until the temperature reaches its lowest value in the early morning after sunrise Within minutes, and when the temperature drops and the air near the ground cools, the water vapor in it condenses into small liquid water droplets that remain suspended in the air, and appear in the form of fog, and this is called radiation fog.