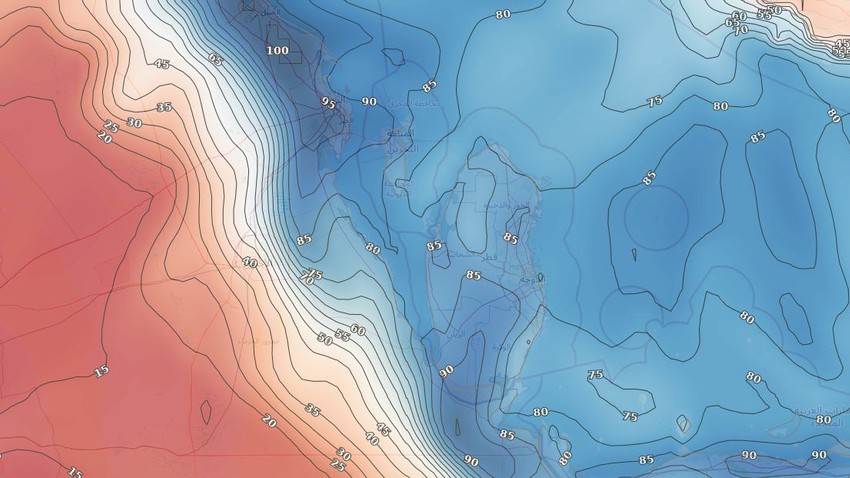 Arab Weather - Weather maps indicate that hot weather will continue during the day in all regions of Qatar and Bahrain during the coming days, with a noticeable increase in surface humidity levels at night and early morning, to form fog in some limited areas.

In the details, it is expected that temperatures will remain slightly higher than their averages for this time of the year on Thursday in most regions of Qatar and Bahrain, so that the weather will be hot with dust stuck in the atmosphere in some interior regions, and temperatures will be in the early forties in most of the regions. Areas during daylight hours, with the appearance of scattered amounts of clouds at high and medium altitudes.

During the night hours, the weather is relatively hot, with a noticeable increase in relative humidity, with the possibility of fog forming in some areas during the dawn and early morning hours, especially in northern Qatar (Al Ruwais, Fuwairit, Al Kaaban) and the neighboring areas.

Warning: Fog chances return strongly to parts of Qatar and Bahrain at dawn and Saturday morning