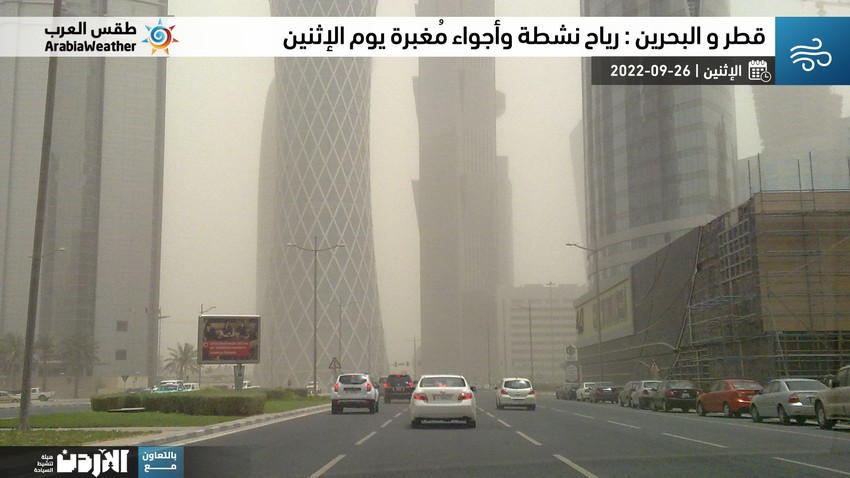 Weather of Arabia - weather maps show expectations of a shallow air depression in the south of the Arabian Gulf, coinciding with the exposure of northern Arabia and Iraq with a lower temperature air mass associated with a shallow air depression, and these conditions generate clear differences in atmospheric pressure and thus clear activity in northwest winds, accompanied by Strong flashes sometimes cause dust and dust in several parts of Qatar and Bahrain on Monday, God willing.

In detail, it is expected that the weather will be hot and dusty during the day in most regions of Qatar and Bahrain on Monday, and winds will be northwesterly active, with strong gusts sometimes exceeding the 60 km/h barrier in some exposed areas, and causing dust and dust and a decrease in the range of horizontal visibility in Some areas, in addition to the occurrence of turbulence in the waters of the Gulf.

As for at night, the weather will be relatively hot in all regions with the presence of dirt plankton in the atmosphere, tending to moderate with the hours of the late night and early morning, with a decrease in the percentage of surface humidity in the atmosphere, God willing.