Qatar | Chances of rain continue on Wednesday, and indications of intensified weather on Thursday 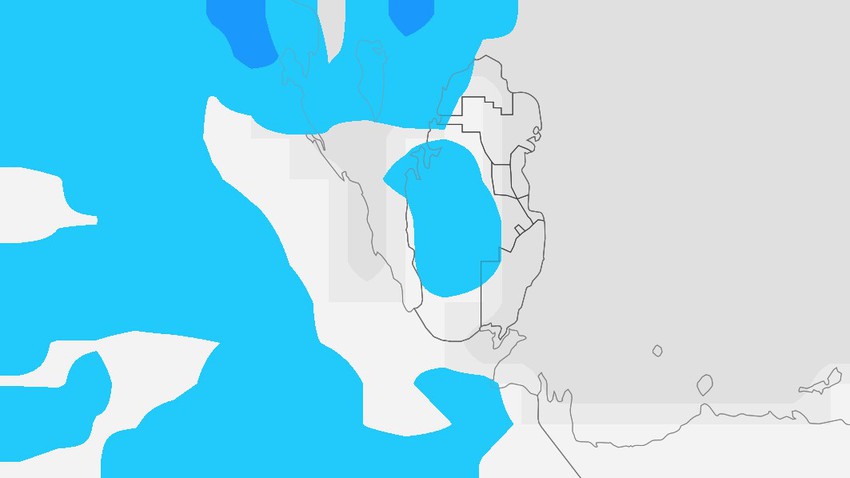 Arab weather - It is expected, God willing, that clouds will continue to appear at medium and high altitudes on Wednesday over Qatar, as the opportunity remains prepared for local rainfall in limited parts.

Indications of the intensification of weather turmoil with Thursday

According to the latest outputs of the processed numerical weather models, it is expected that the intensity of weather turbulence in Qatar will gradually intensify during Thursday, especially with the afternoon hours, when the sky covers large amounts of clouds at different altitudes.

Rain falls on large areas of Qatar. The rains are of varying intensity and sometimes heavy, especially in the northern regions, which causes a rise in the water level on the roads and the occurrence of water gatherings, and rain may be accompanied by thunder sometimes.

The rain coincides with the formation of fog sometimes due to the crossing of low clouds and touching the surface of the earth, causing a decrease in the horizontal visibility.

Released now | Important new details about the developments of the regional dust wave that are expected to affect 7 Arab countries, Monday and Tuesday