Qatar | The intensification of the very hot air mass in the coming days, and temperatures touching 50 degrees Celsius in the interior areas 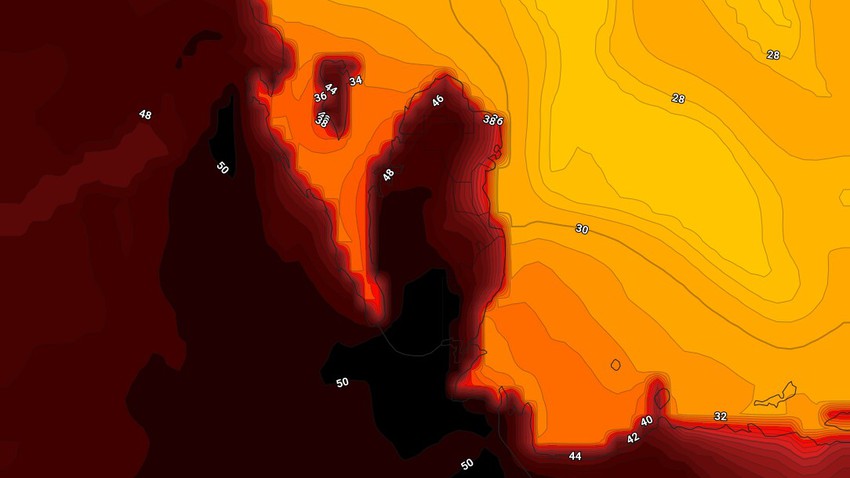 Arab weather - The received weather maps indicate that the State of Qatar is increasingly affected by a very hot air mass on Monday and Tuesday, so there is an additional rise in temperatures, especially in the interior regions, and the weather is very hot and exhausting in all regions, and the coastal parts are affected by moist winds from the Arabian Gulf Lead to an increase in tangible temperatures and an increase in the feeling of heat.

In view of the intensification of the influence of the extremely hot air mass on Qatar and the Emirates, it is expected that the maximum temperatures will touch 50 degrees Celsius in some desert regions of the State of Qatar, while they are between the mid-thirties and the end of the forties in the rest of the regions.

Under the weather conditions, the Arab Weather website advises: