Qatar - Update 2:00 in the afternoon: the beginning of condensation of clouds in the west of the country, which may be accompanied by thunderstorms in some areas 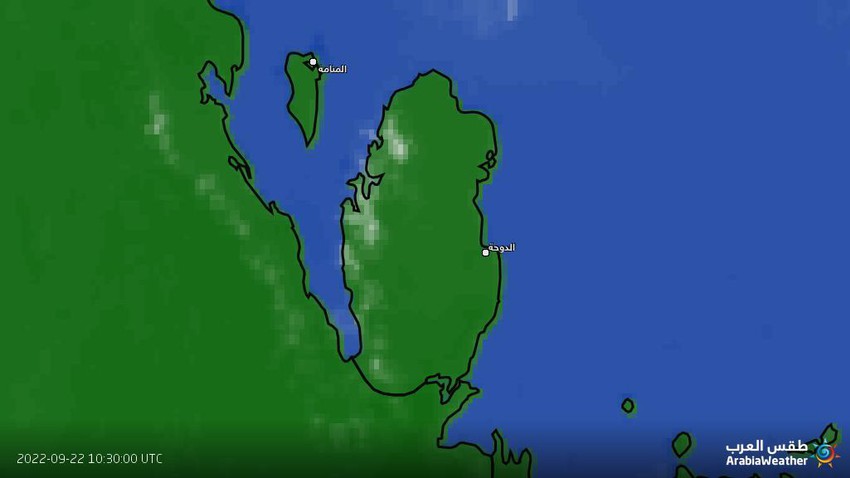 Weather of Arabia - Satellite images show the beginning of a proliferation of clouds in the west of the country, accompanied by rain showers that may intensify during the coming hours in some areas and be accompanied by the occurrence of thunderstorms sometimes. It is reported that the emergence of clouds during this period of the year is considered early, as it usually begins with Mid-October.

The most prominent reason for the formation of these clouds is the location of Qatar, which resembles the tongue that extends in the width of the Gulf, where when the sea breeze coming from the eastern side and the other coming from the western side meet, coinciding with the occurrence of solar heating during peak hours, which reduces atmospheric pressure and the formation of rising currents that are formed As a result, local and random clouds in parts of Qatar.