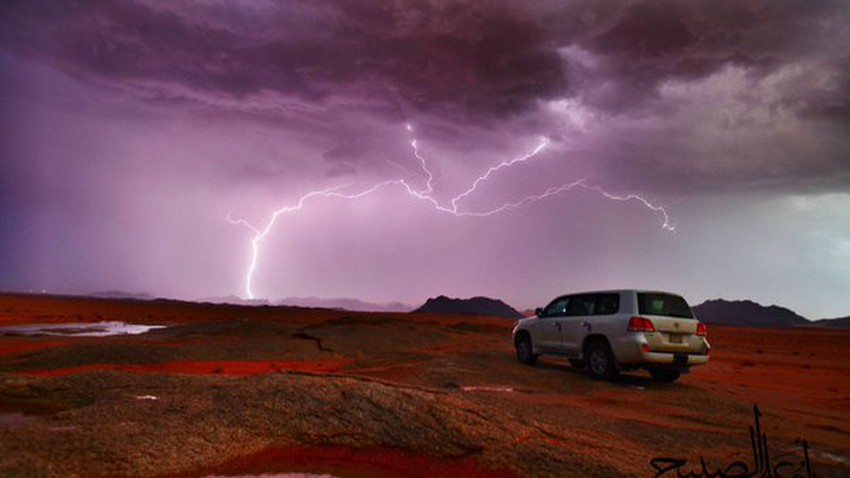 Arab weather - Sinan Khalaf - weak weather disturbances are expected to start affecting the regions of Hail and Qassim from today until the end of the week, so that quantities of high and medium clouds appear and the opportunity for showers of rain will fall in limited areas, which may be accompanied by thunder at intervals.

In general, rain is expected to be weak in general, as a result of weak moisture in the layers of the atmosphere.

It is also expected that these clouds will generate activity from the surface winds, which are exciting dust and dust, which may reduce the horizontal visibility over time.