Rainfall achieves (32.7%) of the annual rate and raises the total storage in dams to (90) million m3. 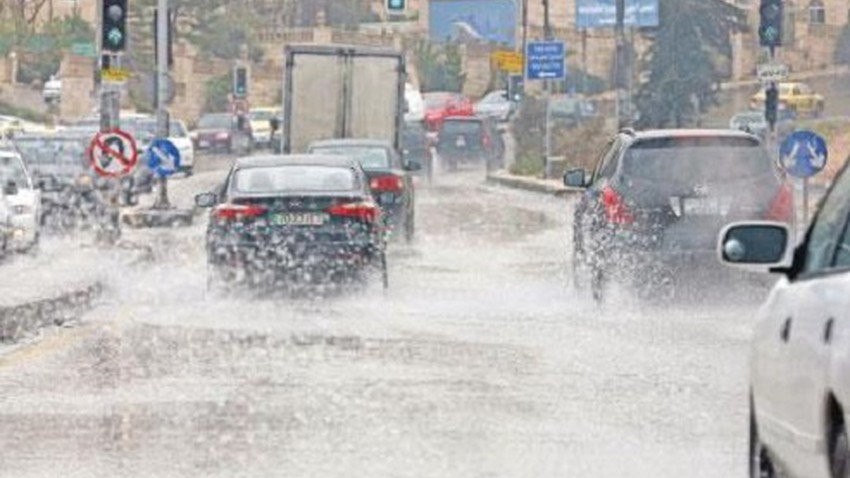 Arab Weather - The Ministry of Water and Irrigation said that the recent air depression raised the volume of cumulative rain falling from the beginning of the season on all governorates of the Kingdom - thanks to God - until Sunday morning to (32.7%) from the long-term annual rate of (8.1) billion m3.

The highest percentage of precipitation until Sunday morning was recorded in Salt (52.8) mm, indicating that the flow in valleys and torrents takes between 24-48 hours to reach the dams, as the quantities of water entering the dams until this morning amounted to about (1,3) million m3 to raise the total storage to about (90) million m3, with a total storage rate of (26.77%) of its total capacity of (336.4) million m3 and the quantities entering King Talal Dam were concentrated at about (1,660) million m3.

Read also: Learn about the dams in Jordan, and the source of water in each dam

The Ministry of Water and Irrigation called on everyone to take advantage of all rainfall and not to dump waste into valley streams and to ensure that rainwater gutters are not connected to sewage networks, and to ensure that water meters and household water facilities are protected from freezing expected in the coming days.