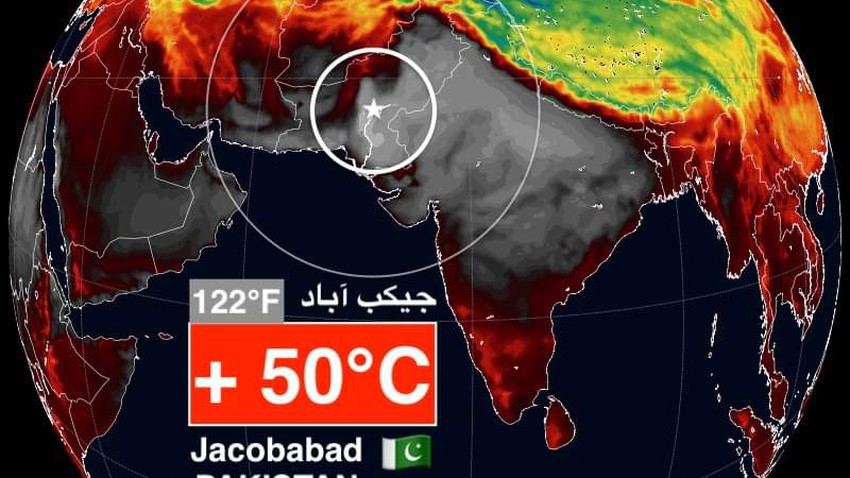 Weather of Arabia - The heat wave that hits South Asia continues to break records in temperature, as yesterday (May 13) the first fifty-year temperature was recorded in the northern part of the globe this season in the city of Jacobabad in Pakistan, and it is already one of the The hottest city in the world. 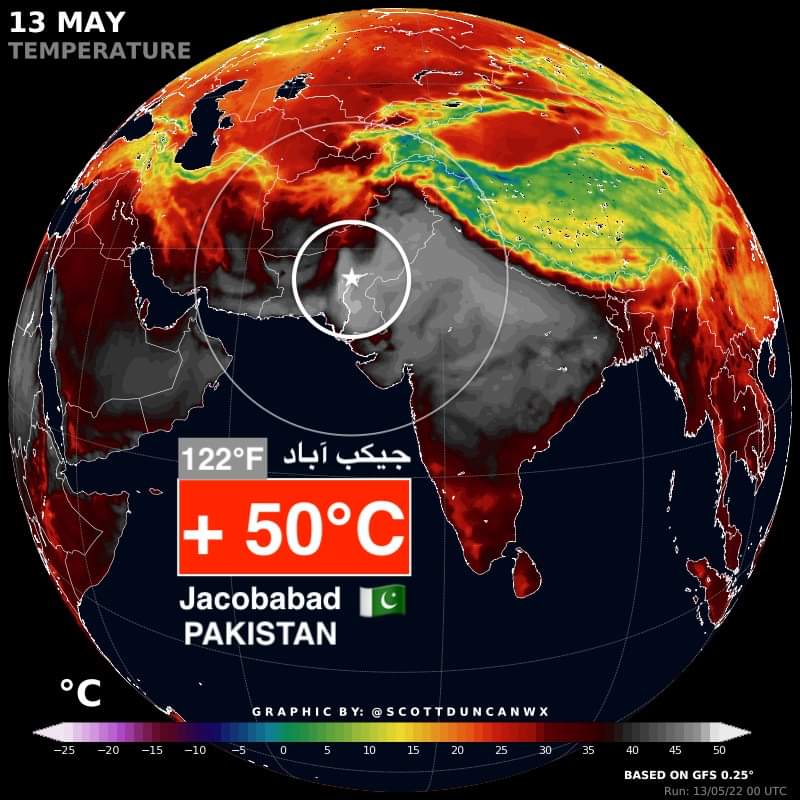 A severe heat wave is sweeping large areas of South Asia, especially India and Pakistan, a region of 1.5 billion people, where last April was the hottest month in 122 years in India, and the hottest in 61 years for Pakistan.

The heat wave had serious side effects, including:

Heat waves in India and Pakistan are not uncommon, but the current heat wave is characterized by its early timing, rapid onset, extent and intensity, and scientists have long warned that more frequent and extreme heat waves are one of the direct consequences of rising global average temperatures.

Climate change is already making parts of the world unlivable, and in South Asia, survival now depends on artificial cooling and the use of air conditioners, but fans and air conditioners in India and Pakistan run on electricity from burning fossil fuels, which increases greenhouse gases. The greenhouse is warming the planet, making it worse.

What made the heat wave in India and Pakistan surprising and unusual?

A heat wave is a distinct weather phenomenon, in which temperatures rise above average in a particular area and remain high for a period of time, usually a week or so. Because it is determined based on local average temperatures, what counts as a heat wave varies depending on the location, the heatwave threshold is much higher in India than it is in Canada, for example.

The current heat wave in South Asia is unusual because it occurs so early in the normal season, and this surprised the residents, as it spread over an area much larger than usual, covering most of the land area in Pakistan and India rather than concentrating in a few areas.

Related topics: video | A massive flood sweeps away a historic bridge in Pakistan and climate change is the prime culprit

Related Topics: Birds falling from the sky during the heat wave in India and South Asia