Released now | Important new details about the developments of the regional dust wave that are expected to affect 7 Arab countries, Monday and Tuesday 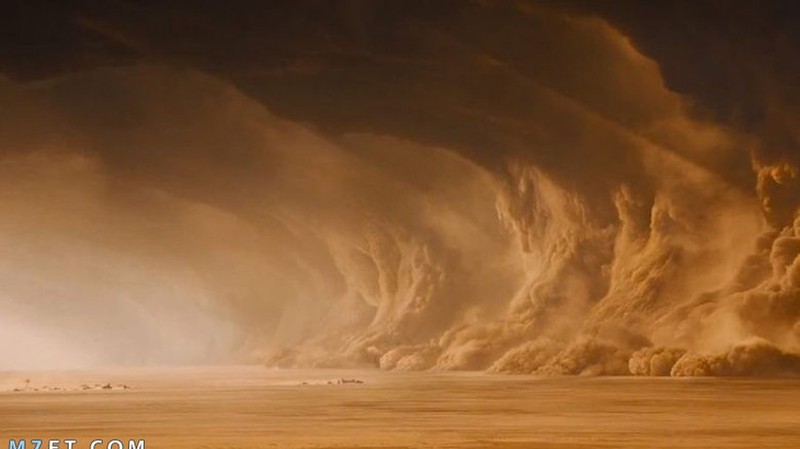 Arab weather - It is expected that dust levels will rise in the atmosphere in several areas of the Arabian Peninsula on Monday and Tuesday 23 and 24 May 2022, and the dust will be of varying intensity between light, medium and sometimes dense, and the effect of dust waves includes 7 Arab countries. This is due to the rush of a less hot air mass from the eastern basin of the Mediterranean, causing temperature differences and a decline in atmospheric pressure values, which will push strong northwesterly winds that create dust waves.

Forecasters in Arab weather said that the start of the dusty wave will be from the Syrian Badia and the regions of western Iraq and northern Saudi Arabia, with the evening hours and the night of Sunday / Monday, and the dust will be thick with almost no horizontal visibility. 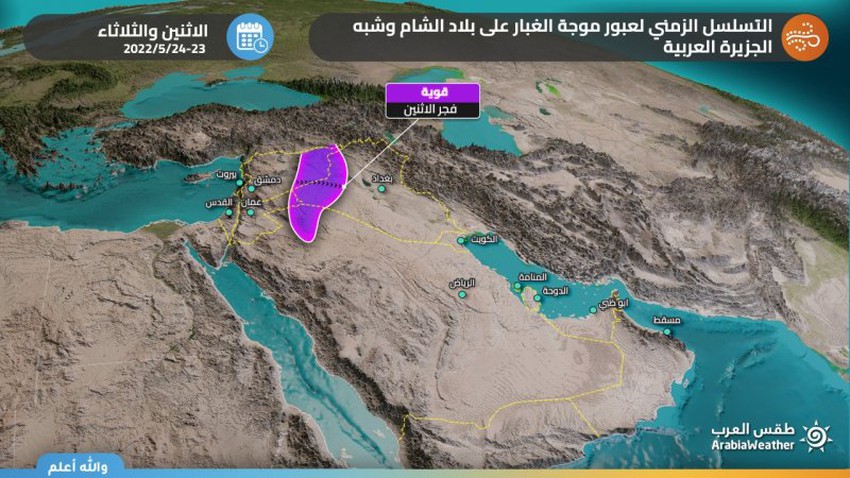 The capital, Baghdad, is under the influence of a wave of dust, Monday morning hours

According to the computer simulation in "Arab Weather", it is expected that the dust wave formed earlier in the evening of Sunday will move in the southwest direction to directly affect western and parts of central and southern Iraq, including the capital, Baghdad, with the morning hours of Monday 23/5-2022 and decrease with it. The visibility is largely horizontal, as it requires extreme caution while driving on the roads, in conjunction with its continuing effects on parts of northeastern Saudi Arabia. 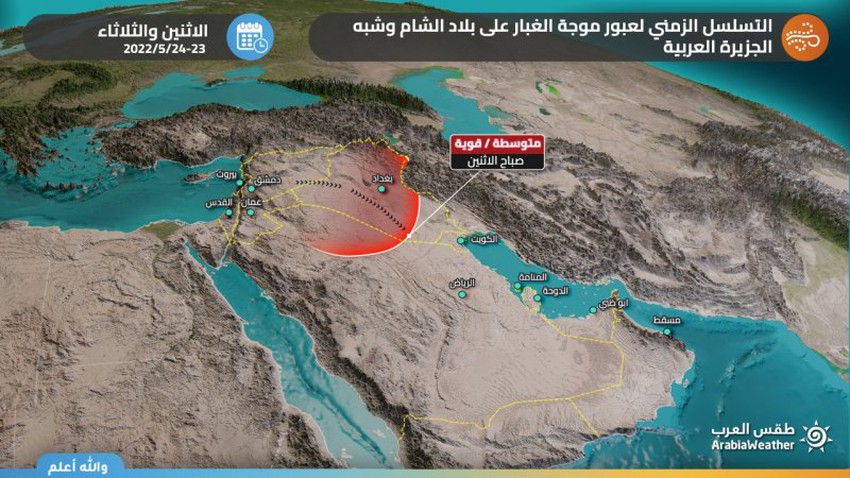 Regarding the impact of the dust wave on Kuwait, Arab weather specialists said that its direct effects will affect all regions of the country with varying severity, as it is expected that the dust wave will gradually advance to Kuwait, including the capital, in addition to the Hafr Al-Batin region in the Kingdom of Saudi Arabia with the hours of the afternoon and evening on Monday, and it is associated with Strong winds and a noticeable decline, and there may be a lack of horizontal visibility in some areas, especially desert areas, due to the density of dust, in conjunction with a rise in sea waves. 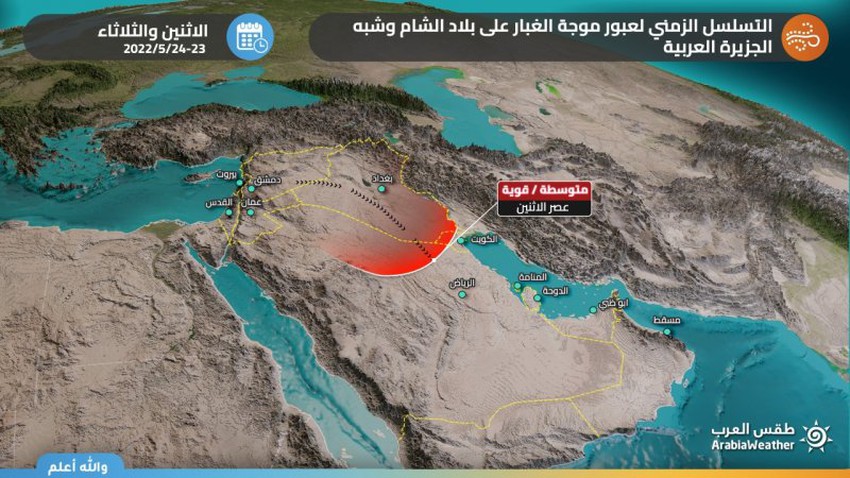 It is expected that parts of eastern and central Saudi Arabia will be exposed in the evening and night hours of Monday / Tuesday to the effects of dust waves, with a moderate intensity and may become locally dense towards parts of the north of the eastern region, in addition to the center of the Kingdom, including the capital, Riyadh, effectively, where Arab weather advises the need not to leave homes and drive. In such circumstances in order to avoid the danger of irrigated accidents, God forbid. 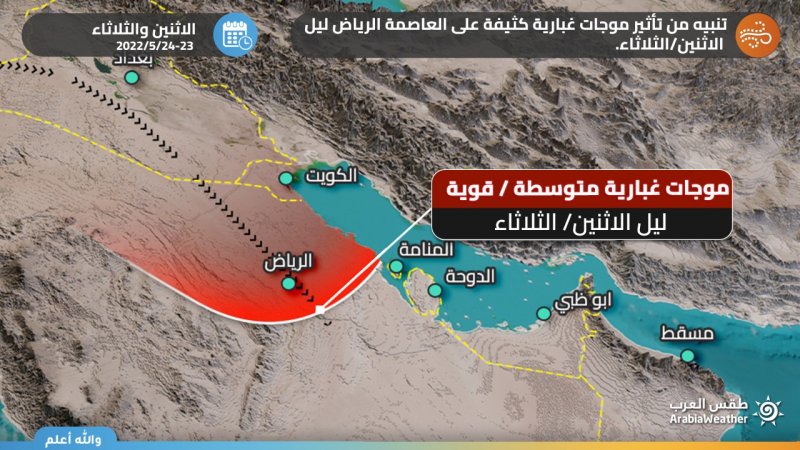 Less strong effects on Qatar, Bahrain and the UAE

It is expected that the effects of the dust wave will extend to Qatar and Bahrain with the dawn and morning hours of Tuesday 24-5-2022 with an increase in the proportion of dust in the atmosphere and a decrease in the range of horizontal visibility, and a rise in the sea waves of the Arabian Gulf. According to the UAE National Center of Meteorology, it is expected that the winds in the country will turn on Tuesday to become northwesterly, active at times on the sea, and laden with dust and dust, especially in the west, with the occurrence of turbulence in the Gulf waves at times.

Through the advanced “Weather Watch” software, you can obtain services that help reduce losses resulting from weather conditions by providing weather information and early warning for sectors that are greatly affected by weather conditions through the following link (click here)

UAE - Updated at 9:00 pm | Rain continues in some areas of the northeastern coast, as an extension of the interior regions

Emirates - 7:45 pm | A wide spread of rain clouds in the sky of many regions of the country